You are here: Home / Technology / Ford Tests Autonomous Cars Driving in the Dark 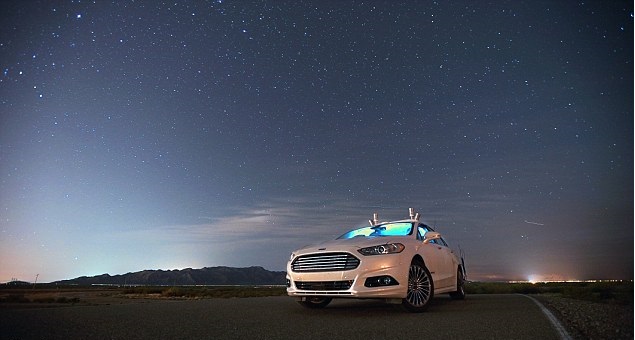 There’s a long way to go before autonomous cars make it into the hands of the general public, but Ford is determined to advance the industry by testing a vehicle capable of driving safely in the dark with the help of sensors.

It’s been a few years since Google revealed its first plans for developing a car that can drive itself. As it started tests on it in California, other automakers and technology companies across the globe also started dipping their fingers in this industry for its potential of becoming a future revenue earner.

Our current cars have cruise control, rear-view cameras, and sensors to warn us when we get too close to obstacles – but that’s something autonomous vehicles still lack.

According to the consensus, self-driving cars are meant to reduce human error and, in turn, accidents, fatalities, and injuries. But it’s not just reckless daytime driving that can cause a crash, so self-driving cars must learn to drive in darkness or poor weather before it can live up to the promise of a collision-free road.

Last week, Ford announced it had focused its autonomous driving tests on teaching cars how to cruise in a particularly common and sometimes dangerous condition – a lack of light.

After completing car tests in Arizona, the carmaker revealed that the Fusion Hybrid model now drives safer than people in the dark, performing “beyond the limits of human drivers.”

Three types of sensors have been used in Ford’s self-driving car for the detection of obstacles, road lines, and for keeping track of its position – cameras, radar, and LiDAR. Based on this data, the autonomous car is then able to create a 3D map of its surroundings at all times.

For the tests, Ford engineers were equipped with night-vision goggles to monitor the Fusion both inside and out. Even though it was driving in pitch black and with headlights off, the car steered on winding roads without incident due to the LiDAR technology alone.

LiDAR allows the car to be able to use all of its sensors without a problem, no matter the driving conditions (darkness, bad weather, and other).

Jim McBride, Ford technical leader for autonomous vehicles, explained that LiDAR is the secret to having self-driving cars perform equally in the day or night. This way, vehicles are not relying on the cameras being able to detect painted lines on the road or the sun shining.
Image Source: Daily Mail