You are here: Home / Technology / Facebook Expected to Unveil Bots At f8 Conference 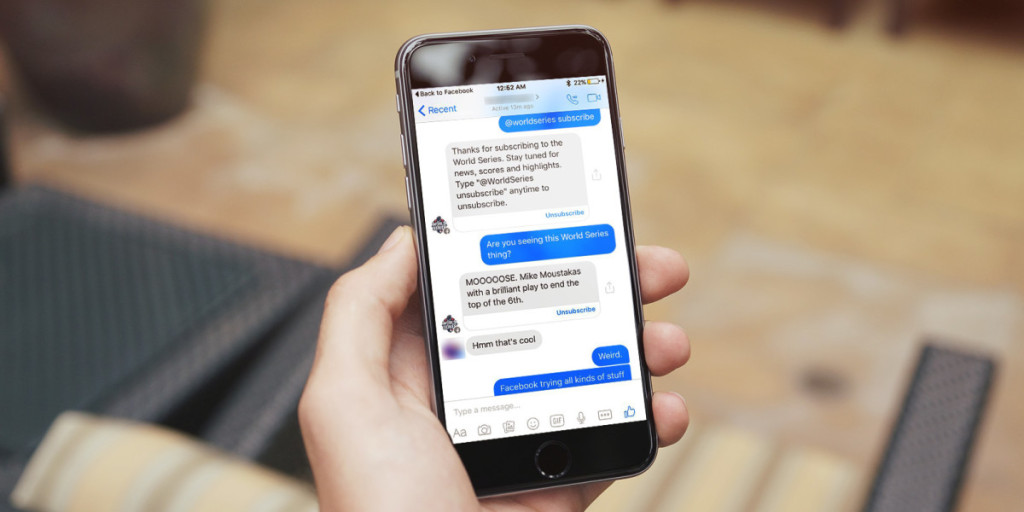 More than 2,500 coders and developers will gather this week to hear about the future of Facebook at the f8 conference, and rumor has it that bots are all the rage this year.

Analysts expect Facebook to unveil the possibility for businesses to develop chat bots for Messenger, enabling more than 900 million users on the app to start conversations with automated representatives of their preferred stores and brands.

But companies are still unsure about bots. Trusting a robot to carry your business’ message implies some risks – evidenced so clearly by the gain fiasco with Microsoft’s Tay bot. Hours after it was launched on Twitter last month, teenage Tay started spewing sexist, racist, and offensive comments.

According to Johnson, director of invention and strategy at GoKart Labs, the Tay failure should give companies pause, said Matt. There can be harsh consequences when a customer has a bad experience with a brand – even if it’s technically the bot’s fault.

Each year, Facebook’s f8 conference serves as a context for the social network to introduce some of its top projects to the public and get more support from app developers. This year, the f8 kicks off on Tuesday in San Francisco.

In recent years, Facebook CEO Mark Zuckerberg has been focused on revealing a revamp of the website’s profile pages and tools to enable any site to incorporate a Facebook account login.

At the 2015 f8 conference, Facebook welcomed businesses and developers in a new relationship with the Messenger platform. Now, people can book an Uber within the Facebook Messenger app, or track their clothing order from Everlane.

Bots in social networking is not a new thing; China’s WeChat and Russia’s Telegram, two of the most ubiquitous local messaging apps, have been successfully using bots for years.

However, any technology that gets a major endorsement from Facebook is about to get in the eye of the public like never before. Enabling a sort of bots store could be as significant as when the iTunes Store was first launched.

There’s also the possibility that users will just ignore the bots. There has been some hate towards automated customer support systems, so much so that the clients prefer to complain publicly on Twitter in hopes of getting to talk to a human representative of the company.

But the allure of creating automated characters with human sensibilities that customers can interact with is still strong for some businesses, so we shall have to wait and see the users’ reactions.
Image Source: The Next Web