You are here: Home / Tech & Science / Should Mark Zuckerberg Run Without a Mask in Beijing’s Poisoned Air? 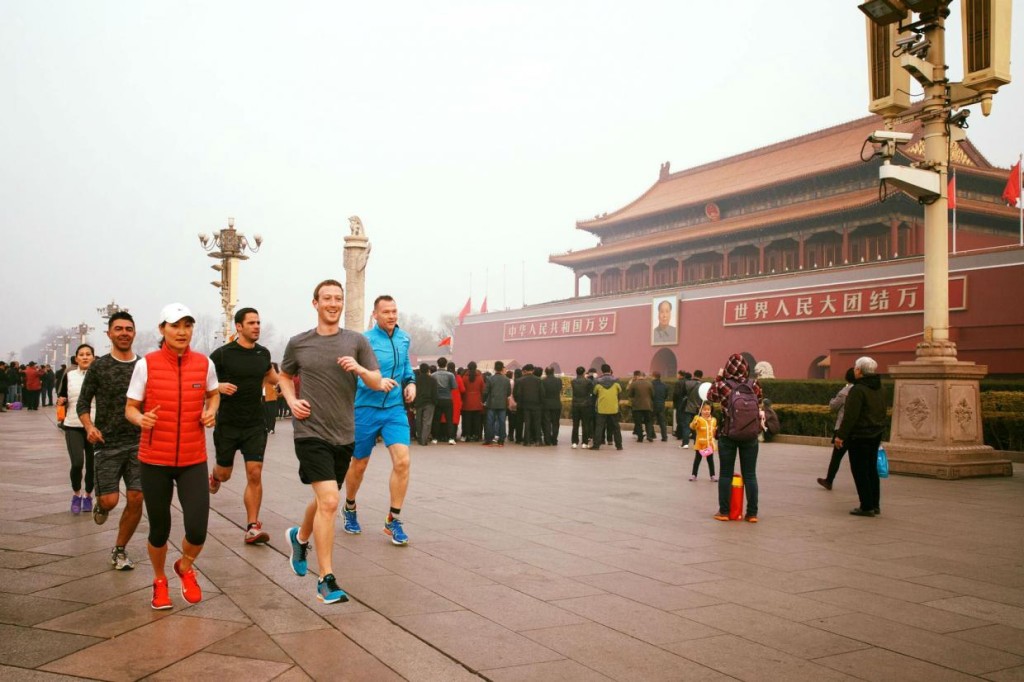 Pretty much the entire connected world knows that Mark Zuckerberg, the young CEO of the largest social network, is rather keen to get China to unblock Facebook again. But has he taken his passion a tiny bit too far?

This past Thursday, Mr. Zuckerberg posted n Facebook a picture of himself and his crew running through Tiananmen Square while telling his fans about how lovely it was to be back in the Chinese capital.

What he probably forgot to mention was the thick gray air with just a tinge of poison that he was breathing in, the same air authorities have deemed to be hazardous to human health. And was he wearing a mask, like any other sane person would? No.

But the Internet soon caught wind of the absurdity and responded accordingly. As the Beijinger magazine asked in a blog post, is this how far Mr. Zuckerberg is willing to go to gain favor with China again? Apparently, running mask-less through Tiananmen Square in the “thick-as-pea-soup air” is where he draws the line.

The magazine post continued with a sarcastic bit: “Nice one, Mark. If this doesn’t get Facebook unblocked in China, nothing will.”

It’s widely known that China has blocked Facebook since 2009 when it established the Great Firewall, a system of censorship that blocked several services in the country.

People with a little know-how can, however, access Facebook (and the said blocked websites) by using virtual private networks (VPNs).

It’s no surprise that Facebook wants to get back into the country where it could gain more 1.3 billion users, even though that would mean obeying the censorship and government scrutiny applied to all social media companies collaborating with China.

Zuckerberg has been praised before by the Chinese people when he showed off his efforts of learning Mandarin in a 20-minute speech given last October to university students in Beijing.

Shortly after that, President Xi Jinping put a stain on Zuckerberg efforts of gaining favor when he refused to give the CEO’s unborn daughter an honorary Chinese name.

At the moment, Zuckerberg is in Beijing for the China Development Forum 2016, a government forum that hosts “candid exchanges and discussions with global business elites, leaders of international organizations as well as foreign and Chinese renowned scholars.”

On Facebook, Zuckerberg’s run in Tiananmen Square was gently mocked as people asked him how he managed to get past the Great Firewall to post on Facebook in Beijing.
Image Source: Independent.co.uk