You are here: Home / Technology / Virtual Reality Is Cool But Is Augmented Reality Better? 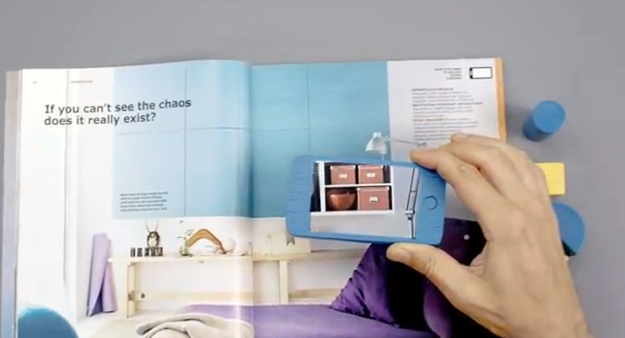 Is augmented reality the next big thing after smartphones? Market experts and investors are still torn between the AR technology that mixes the real world with digital objects and its older sibling, virtual reality.

But in spite of the possible debate, some have already drawn the conclusion: virtual, and not augmented, reality is currently in the spotlight. On one hand, VR tech has made a splash this year with its smart early focus on video games.

On the other hand, AR tech is still on pause. Although some companies have started selling expensive smartglasses for businesses, a shroud still covers major efforts in the field.

While Microsoft prepares to hold a developers conference this week around its augmented reality plans, the HoloLens device won’t start shipping to developers until later this year. That means a consumer launch is even further off.

Google’s smartglasses project is rather volatile, constantly on-again, off-again, but the search giant has refrained from releasing any details. While the focus is currently on virtual reality, investors should still pay close attention to AR tech.

With the help of robust business cases, augmented reality will eventually be propelled forward. It shouldn’t have any issues appealing to a wider range of potential users, as its applications vary across fields like education, retail, design, medicine, entertainment and automotive.

This is not to say that one type of future technology should win at the expense of the other. For example, Goldman Sachs Group pairs virtual and augmented reality in their projections by 2025, saying they will become a “base case” market valued at $80 billion.

But what are some of the key differences between the two technologies competing for our attention? Unlike VR, which replaces a user’s vision with an enclosed environment, AR looks to combine the real word with imposed virtual objects.

Virtual-reality headsets are often tethered to a game console or a computer which provides the necessary computing horsepower. But this arrangement limits the user’s mobility.

By contrast, AR headsets win at being mobile. The only problem is that their mobility requires them to pack a lot of computing power into the device that’s about to be strapped on people’s faces.

This is one of the reasons why augmented reality is, according to Gartner analyst Brian Blau, about 12 to 18 months behind VR, as there are a lot of details to work around. In other words, AR displays are still a work in progress.
Image Source: Shannon Browning