You are here: Home / Health / Sudden Cessation is Your Best Shot at Quitting Smoking 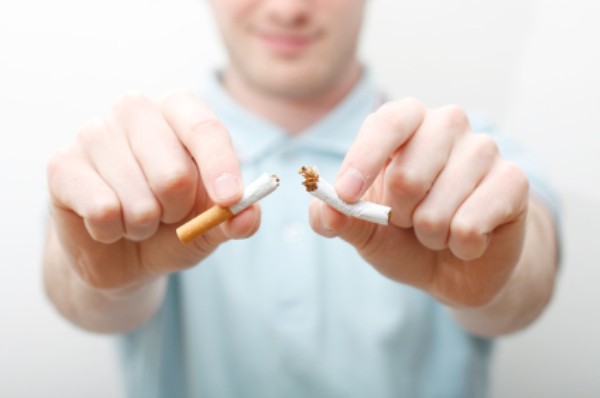 New research has finally found which the best way to kick your cigarette habit is. Going “cold turkey” is apparently your best shot, according to researchers at the American Cancer Society (ACS).

Featured today in the journal Annals of Internal Medicine, the study stated that roughly half of all smokers who continue to smoke will eventually die from a smoking-related illness.

Smoking kills 1 in 5 people in the U.S. alone, and over 16 million individuals develop a smoking-related disease, such as chronic obstructive pulmonary disease (COPD) or lung cancer.

According to the U.S. Surgeon General, “Smoking cessation represents the single most important step that smokers can take to enhance the length and quality of their lives.”

While current guidelines – including ACS’ recommendations – encourage people to choose a quit day and then stop smoking altogether. However, a lot of smokers prefer to take a more gradual approach, meaning that they plan to cut back on the amount they smoke over time.

Senior researcher Dr. Nicola Lindson-Hawley said that a lot of people feel this is the obvious way to quit smoking, associating the strategy with other goals they’ve achieved like that.

But even though people can quit other addictions by gradually cutting down, smoking cessation is best done all at once. Lindson-Hawley and her Oxford University team found this after comparing the effectiveness of the two strategies.

For the study, 700 adult smokers who wanted to quit their tobacco addiction were randomly assigned into one of two groups: one that was encouraged to quit cold turkey and one that adopted the gradual reduction of smoking. The second group was required to stop smoking in two week’s time.

Researchers provided both groups with access to nicotine gum and patches before and after quit day. The participants also benefitted from behavioral support to help them with the sudden or gradual transition.

Four weeks later, the participants were assessed again; they were not only asked about their progress, but the amount of carbon monoxide they were breathing out was also measured. Therefore, they couldn’t fake-stick to their plan.

Those who plan to quit gradually are prone to experience the uncomfortable side effects of cutting down, such as cravings, which might put them off stopping altogether.
Image Source: Cigarettes Flavours