You are here: Home / Health / Shorter Men and Heavier Women Can Blame DNA for Earning Less 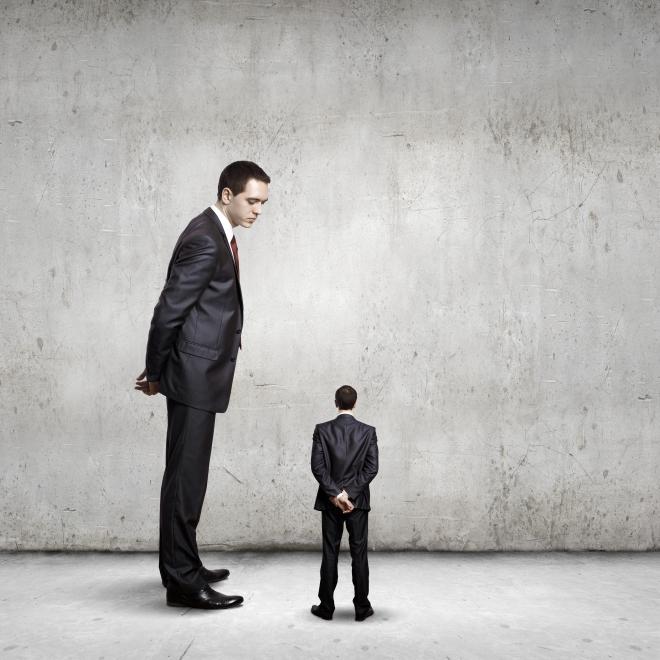 A new study claims that genetics is partially responsible for people’s success in life, saying that being taller can make a difference between becoming a winner or a loser. So maybe that’s why the 6′ 3″ tall Donald Trump is so popular.

According to the study featured in the British Medical Journal, shorter or heavier people have their genetic makeup working against them, as they tend to do less well in life. Shorter men and heavier women are “less likely to have a good education, job, and standard of living,” said the authors.

Based on data from 120,000 British people, the results are proof that size does matter, at least as far as future success is concerned.

Marco Rubio, Trump’s rival for the Republican Presidential nomination, can probably attest to these conclusions. After being laughed at for wearing Cuban heeled boots to boost his 5′ 10″ height, Rubio took another hit when he found he is behind in the polls in his home state of Florida.

If the study’s results are to be trusted, a race between Trump and 5′ 7″ Hilary Clinton favors the millionaire magnate for the win at the presidency. History agrees, as more than half of all U.S. Presidential elections have seen the taller candidate winning.

There’s nothing wrong with being short; in fact, many short people are more determined to prove themselves. But the new research by British and US experts makes for a sobering reading for shorter folks.

Co-author Timothy Frayling, teaching human genetics at the University of Exeter Medical School, warned that a short stature and a high BMI are linked to lower socioeconomic status. For women, a higher BMI influences their income, while the men’s height can determine his education, income, and job class.

For the study, researchers examined 396 genetic variants linked to height, and 69 to body mass index (BMI), which were causally associated with people’s education, income, jobs, and deprivation. The 120,000 individuals who participated were aged 40 to 70; their information was taken from the UK Biobank, a database of biological data.

If two women with the same CV, same intellect, and same background, and “send one of them through life a stone heavier, she would be about £1,500 per year worse off,” explained Professor Frayling.

Same goes for men and height; 3in could make a £1,500 difference per year. According to leading Dr. Jessica Tyrrell, fellow researcher at the University of Exeter Medical School, said this is the strongest evidence to date that links height and weight with being less well-off financially.
Image Source: Medical Daily