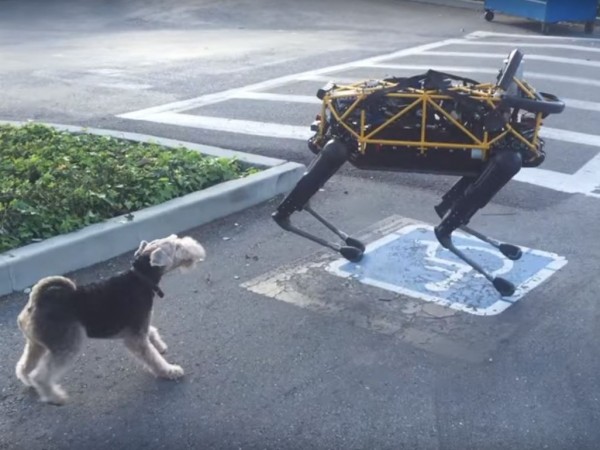 The dog is a man’s best friend, but does the saying go for robot dogs as well? Or should we fear they will one day turn on their human masters, suddenly welcoming the new age of a robot empire ruling over humanity?

With the many advancements made in robotics, the AI devices have become to bear more and more similarities to the creatures they were designed after.

But as Boston Dynamics’ dog robot Spot was unveiled recently, it was clear that the differences between Spot and an actual dog are still noticeable, to say the least.

We still need to learn to make the difference between what would benefit from automation, and what is better off being left alone. Maybe robot dogs should remain in sci-fi movies.

Although Boston Dynamics’ Spot robot is already able to walk on complex terrain without tripping and even prance around like an excited dog, what exactly is its purpose? Should engineers be putting so much effort into creating a mechanical dog when we already have so many of the real deal?

Its unveiling was accompanied by a video showing Spot walking around a neighborhood and suddenly encountering a real-life dog. While the dog seems to recognize Spot’s behavior as familiar, the terrier can tell that something is not right.

After investigating a bit further and getting closer to the robot, the dog backs away with a bark, realizing that the robot is not a threat. The video also shows Spot being chased by the little dog all over the place.

Despite lacking that element of excitement, the video poses some interesting questions regarding the possibility of a future full of robots.

Initially, Spot the robot dog was developed by Boston Dynamics for the U.S. Marine Corps, meant to serve as a reconnaissance and rescue robot. When it comes to dark areas and blind corners, assault troops need all the help they can get from technology.

However, Spot never moved passed the testing phase, as researchers deemed it “too noisy,” which eliminated the element of surprise.

But Boston Dynamics wasn’t discouraged as it worked hard on other robots, such as Atlas, which was also revealed a couple of days ago. Atlas imitates the human being in shape and its AI was designed to be able to keep its balance (and cool) when being bullied by human testers.
Image Source: Irish Examiner