You are here: Home / Health / Powdered Latex Gloves To Be Banned, FDA Says 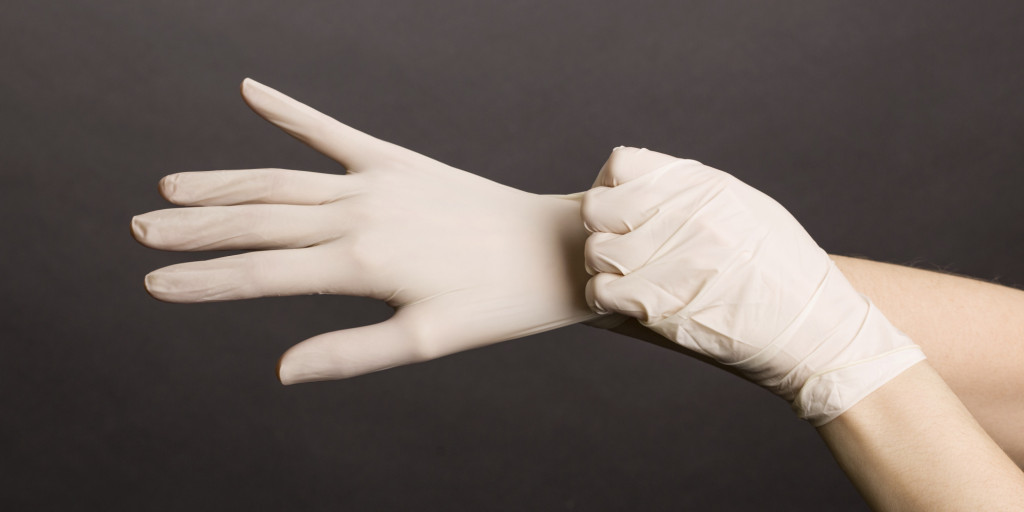 We’re all familiar with latex gloves, the ones doctors and nurses wear in all situations medical. But we might soon not see them anymore, as the Food and Drug Administration wants them off the market.

If the FDA’s proposal gets approved, the gloves will enter the very exclusive club of medical devices banned by the agency. Only prosthetic hair fibers will keep them company, as they’ve been taken off the shelves in 1983.

When a device that once received approval is found to pose higher-than-expected risks, the FDA usually tries to prevent any potential damage by adding a warning to the label. As far gloves are concerned, the agency concluded that fixing the label won’t do the trick this time.

Back in 1983, the FDA found the hair fibers, meant to be implanted in the scalp, not only failed to conceal baldness and stimulate hair growth but also caused infections.

Since powdered medical gloves have been used less and less over the past years, the agency doesn’t expect any problems in clinical care if they end up being banned.

Designed to make it easier for medical staff to pull the gloves on and off, the powder was also found to pose “an unreasonable and substantial risk of illness or injury to health-care providers, patients and other individuals who are exposed to them,” according to the FDA.

It turns out the aerosolized powder on latex gloves can be the cause of respiratory allergic reactions. Even though powdered synthetic gloves are safe on this front, they may still cause “airway and wound inflammation and post-surgical adhesions — fibrous scar tissue.”

Jeffrey Shuren, head of the FDA’s Center for Devices and Radiological Health, said the ban is supposed to protect health-care professionals and patients alike and from an unassuming danger.

For the consumer advocacy group Public Citizen, this ban is the light at the end of a long tunnel, as they have petitioned the FDA to ban powdered surgical latex gloves back in 1998. On Monday, the group scolded the agency for waiting this long before it finally took some action.

Sidney Wolfe, one of the founders and senior advisor to the group, found this delay to be negligence on the FDA’s part. “There is absolutely no new scientific information today that we didn’t have in 1998 about the dangers posed by cornstarch powder and by latex,” she added.

Over the next 90 days, the public is free to comment on the proposal ban. After that, the FDA will reach a conclusion.
Image Source: Huffington Post