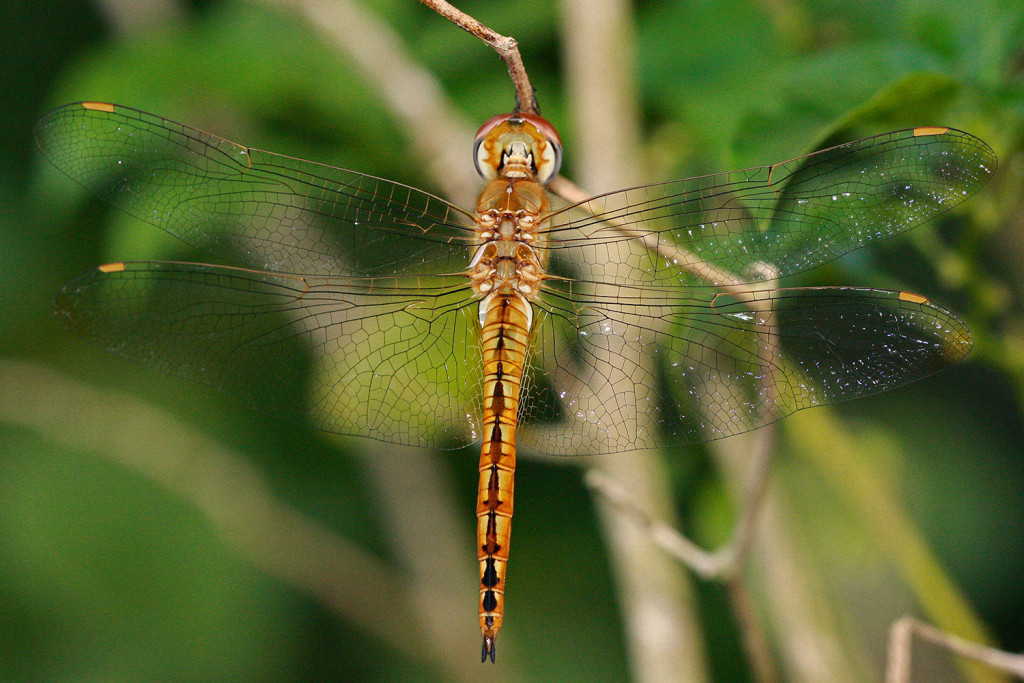 You wouldn’t suspect it, but an inch-and-a-half dragonfly has received the title of “World’s Most Prolific Long Distance Traveler.”

During its migration from continent to continent, the dragonfly covers thousands of miles over oceans. According to the study featured in the journal PLOS ONE, biologists at Rutgers University-Newark (RU-N) suggest the evidence is in the genes.

They were surprised to encounter the same genetic profile in populations of this dragonfly species in locations across the globe.

Called Pantala flavescens, the dragonflies found as far apart as India, Texas, South America, Eastern Canada, Korea, and Japan could share the same gene pool only if the tiny insects could somehow travel these extraordinary distances and breed with each other.

Study author Jessica Ware, an assistant professor of biology at RU-N’s College of Arts and Sciences, said this is the first research to look at genes to determine the distances traveled by these insects.

If the dragonfly from North American Pantala bred only with Japanese Pantala, this would show up in their genetic results, which would differ from the populations in other locations. But because no such differences were observed, the researchers concluded that the genes have mixed across vast geographic distances.

But how is this universal mingling even possible? We’re not talking about whales or large birds – the kind of animals one would expect to travel thousands of miles. Ware’s theory is that the dragonflies’ bodies have evolved over time.

One of the features that allow them to travel such long expanses is the fact that their wings present increased surface areas which enable the dragonflies to be carried by the wind. After plenty of stroke, stroke, stroke, the insects can glide for long periods, using minimal amounts of energy.

Besides following the weather for their mingling – from the dry season in India to the rainy season in Africa – the Pantala dragonfly also follows moisture in particular. Ware says this is one of the most important drives in attempting these perilous trips, which she calls “suicide missions.”

The very species depends on the dragonflies finding moisture to lay their eggs, and even though many die every year en route to fresh water, the species survives thanks to the ones that make it.

The discovery of the Rutgers scientists puts this species of dragonfly way ahead of any competitor we know of. While the monarch butterflies – previously holding the record for the longest migrating insects – traveled about 2,500 miles each way, Pantala wins with the record-breaking 4,400 miles or more.
Image Source: British Dragonflies