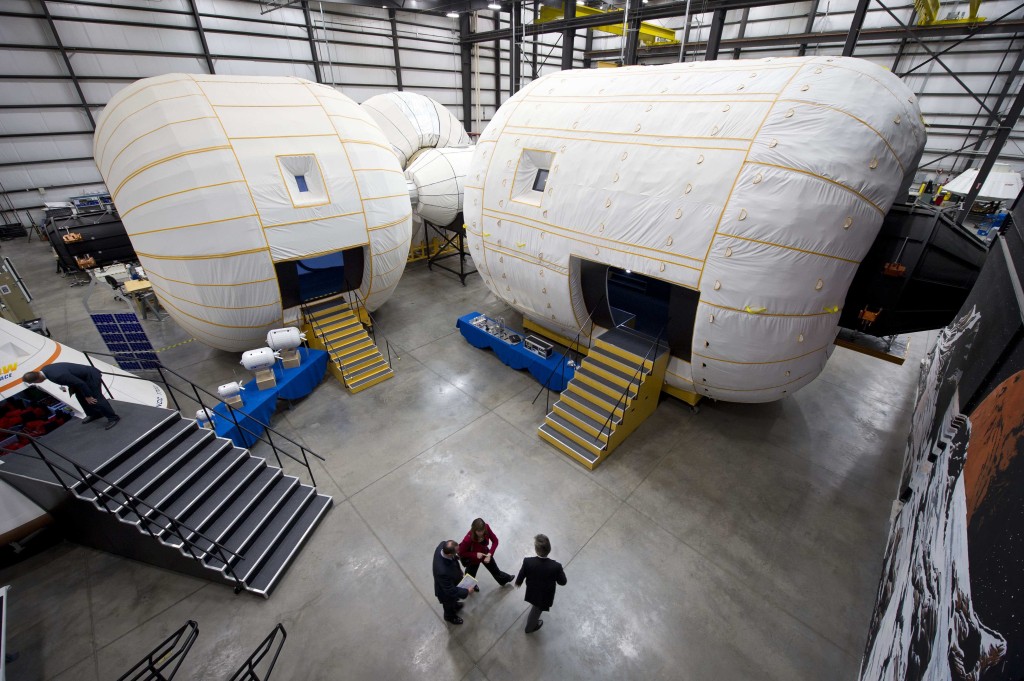 NASA hopes to prepare the way for future extraterrestrial habitats by launching an inflatable capsule into space. Astronauts, don’t forget the pump!

Dubbed BEAM (Bigelow Expandable Activity Module), the capsule is set to take a trip to the International Space Station (ISS) sometime next month. BEAM will travel aboard a SpaceX Dragon rocket, which goes up on a resupply mission.

As the first expandable habitat that arrives on the ISS, BEAM is expected to remain attached to the structure for the next two years. According to a Gizmodo report, only four trips will be made into BEAM; the longest will have the astronauts in it for about three hours.

The expandable capsule’s main purpose is to collect readings on its structural, thermal, and durability, showing if expandable habitats could be well-suited for humans.

Thanks to its svelte profile, BEAM could prove to be the ideal solution for future interplanetary missions to distant planets that take longer than six months, and where space will be at a premium.

After the structure is attached to the ISS, it will slowly double in size as air fills it and brings it to around 13-feet-long and 10.5 feet in diameter.

If NASA’s target of testing the capsule for two years succeeds, the experiment could be expanded to five years. After BEAM’s mission is complete, it will be detached and burn up in the Earth’s atmosphere.

According to the American space agency, a lot of preparation is needed before any potential mission heads toward Mars. Human departure to the Red Planet will be preceded by several rockets filled with supplies and cargo.

Designed by Bigelow Aerospace, the BEAM structures could protect humans from space debris and cosmic radiation.

In NASA’s own words, “expandable modules, which are lower-mass and lower-volume systems than metal habitats, can increase the efficiency of cargo shipments, possibly reducing the number of launches needed and overall mission costs.”

Despite public skepticism regarding a possible journey to Mars, NASA is determined to prepare as thoroughly as possible for the proposed trip, set to take place in 2030. BEAM is the latest effort in a series of recent moves from the space agency.

Late last year, NASA opened up application season for the “next class” of astronaut candidates who might have a chance to take this trip to Mar. It suffices to say that over 18,000 people sent in their applications.