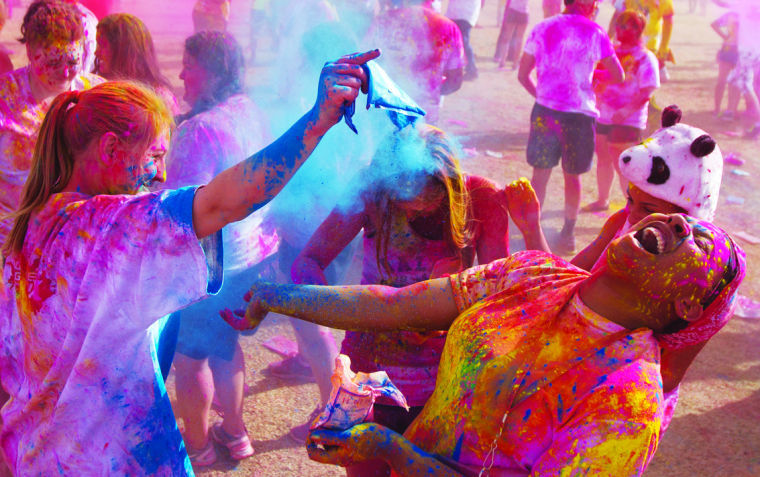 Spring is here! Or, more precisely, the vernal equinox is here to mark the beginning of a new season, bringing us closer to the long and lazy days of summer.

While the vernal equinox is not a celestial event like a meteor shower or an eclipse, there are some things you should know about that you can observe yourself.

We have two equinoxes a year – one happening in the spring, and one in the fall. On both these occasions, the sun shines directly on the equator, which causes the day and night to be almost equal in length.

This year, the vernal equinox will occur on Sunday, March 20, at 12:30 a.m., EDT, marking the exact moment when the sun crosses the equator. This date varies from year to year due to Earth’s elliptical orbit of the sun.

According to reports from Earth and Sky, this is the earliest spring we’ve had since 1896 – 120 years ago; in the Pacific and Central Time Zones, the spring equinox will fall on March 19.

On the equinox, the sun will rise at 7 a.m. due east and set due west at 7:08 p.m. Make sure to observe where it rises and sets in your part of the world.

On this Sunday, March 20, the number of daylight hours will almost equal those of nighttime. After this date, we’re happy to let you know the hours of sunlight will keep on increasing until the summer solstice on June 20. The solstice marks the longest day – and shortest night.

The first day of spring is linked to many traditions. A charming bit of folklore says that you can make an egg stand on end only on an equinox, and even though the common myth has repeatedly been dispelled, you can surely try.

Birds start migrating, and plants and trees are budding. Japan, in particular, expects spring with high anticipation because of the arrival of cherry blossom (Sakura).

In the Northern Hemisphere, the March equinox has long been considered to be a time of rebirth. Spring festivals are celebrated in many cultures around the March equinox, like Easter and Passover.

One of the most colorful festivals is the Hindu celebration of Holi, taking place as the vernal equinox approaches. Even though the festival originates in India and Nepal, nations across the globe have made it even more famous, including the UK.

The Holi Festival marks the onset of spring as participants dance, sing and throw colored dry powder over each other, or colored water-filled balloons.
Image Source: Dog News