You are here: Home / Tech & Science / Wolves and Hyenas Collaborate for Survival 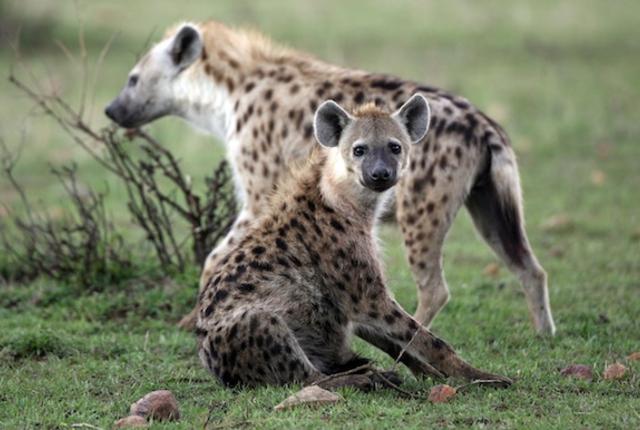 When faced with a common threat, humans will often put aside whatever rivalries they might have. But it’s not a trait unique to people, as researchers have found that wolves and hyenas in the Negev Desert also do it to survive.

According to a study conducted by the University of Tennessee at Knoxville and featured in the journal Zoology, scientists were shocked to see this behavior in two species that usually don’t get along with each other.

Food is scarce for gray wolves (Canis lupus) and striped hyenas (Hyaena hyaena) roaming in the Negev Desert in Israel. Both of them can take down large-sized animals; in fact, hyenas won’t back down from picking up a fight with lions.

However, the idea is that wolves and hyenas don’t get along all that well, which made it all the more surprising when researchers saw them hunting together in the canyons in southern Israel.

The unlikely alliance was first observed in tracks in the regions, but also confirmed when striped hyenas were seen walking in the middle of wolf packs in the wild. This is the first time this type of behavior was recorded, and scientists are still baffled.

Is this a common thing for the two species, or is it just the harsh conditions that caused a newly-developed behavior?

Vladimir Dinets of the University of Tennessee, lead author of the study, said how animal behavior in the wild often surpasses the facts we find in textbooks. If the case requires it, animals will abandon their routine strategies and adapt to something completely unexpected and new.

The ‘partnership’ between the wolf and the hyena was probably driven by the need to derive benefit of each others’ strong points.

On one hand, hyenas have an excellent sense of smell, which means they can smell carrion from a greater distance. This skill helps them to locate garbage junkyards faster than wolves could without the hyenas’ help.

Meanwhile, wolves have greater power in killing larger game, which increases their chances of finding food sources in the harshest arid environment of Negev.

At first, researchers found multiple hyena and wolf footprints at the location of a food flash. Seeing that the tracks of wolves would sometimes be on top of the hyenas and sometimes underneath led the scientists to believe the animals had traveled through the area at the same time.

But only four years later could the researchers spot the actual animals working together when they spotted a wolf pack traveling with a hyena in its midst.
Image Source: Mental Floss