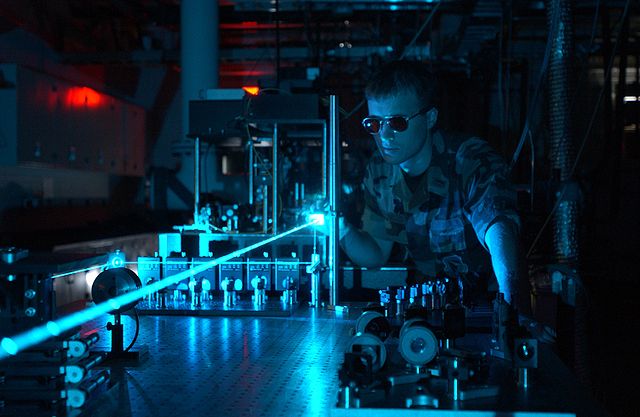 Some of the things we now attribute to science-fiction movies are soon to become reality, such as the beloved scenes of teleportation that are so popular in the “Star Trek” movie franchise.

According to a team of German scientists, the film served as an inspiration for the scientific community, and regardless of how impossible it may seem, a form of teleportation is already possible.

Alexander Szameit, Ph.D. from the University of Jena in Germany, and one of the study’s investigators surprised the world by saying that many of the seemingly impossible technical wonders we are used to seeing in the sci-fi world have already become part of everyday life.

Even though it’s not there yet, teleportation is on its way to becoming a reality in the near future. According to Szameit, “elementary particles such as electrons and light particles exist per se in a spatially delocalized state.”

In other words, the team has found a possibility to have these particles existing in multiple places at the same moment, without any loss of time.

This concept – dubbed quantum teleportation – has been debated in scientific discussions before, but no one has conducted any real experiments to establish it.

Therefore, this is the first time someone could offer proof that teleportation isn’t a concept just in quantum particles, but also in the classical world. To obtain their results, the team used a particular kind of laser beams.

Co-investigator for the study, Marco Ornigotti, Ph.D., added that “the properties of light beams can also be entangled, as can be done with the physical states of elementary particles.”

A particular property of the light was linked to the needed information; although the experiment only worked locally, the team was surprised to see that classic information was promptly teleported.

Featured in the journal Laser & Photonics Reviews, the German team’s findings have real-life applications, especially in the field of communication.

Additionally, even if this is a very far-fetched effect of today’s results, this experiment could be at the root of a very sci-fi possibility: someday, people may no longer need cars, trains, or planes for traveling.

And even if we don’t achieve this feat, we can still hope that some of their properties will be there with the help of quantum technology.
Image Source: Planet Save