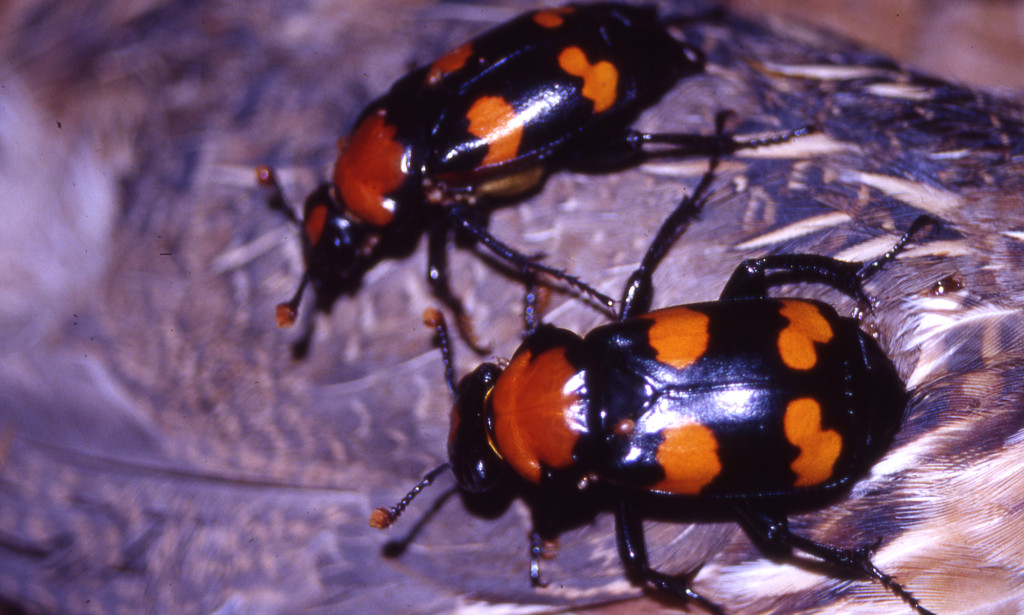 It’s always interesting to see some our human behaviors replicated in the animal world. Researchers found that female burying beetles can signal their mates when they’re not in the mood for getting frisky.

When the female insects are busy caring for their newborn spring, they release a pheromone – an anti-aphrodisiac, if you like – to let their mates know they are temporarily infertile. In other words, it’s the beetles’ way of saying, “Dear, not tonight.”

The discovery was made thanks to a study on beetle species, the Nicrophorus vespilloides, conducted by researchers at the University of Ulm in Germany. These insects are mostly known for storing food – carcasses of birds and rodents – in the ground for their growing larvae.

During their observations, researchers discovered that female beetles are infertile for three days after laying eggs, which is a critical period for the newborn wingless offspring who cannot feed themselves.

The chemical pheromone released during this time not only stops males from trying to copulate but also warn the fathers that they should start helping females with baby care.

According to the team, this behavior sheds new light on how animals can put the needs of their young’uns over sexual activity that would produce new offspring.

It’s the perfect example of modern family life but in the animal kingdom. Each family member has its own responsibility to take care of, and everything is rather coordinated, as explained by lead researcher Sandra Steiger, assistant professor of biology at the University of Ulm.

Researchers were quite surprised to see that such mechanisms are not only particular to humans and that animal parents have learned to synchronize their mating and parental care behavior to benefit their children.

For the study, the team analyzed 400 beetle breeding pairs gathered from a forest in Germany. While parental care is carefully divided among the members of a breeding pair, it was found insects don’t mate for life.

However, the behaviors during the three-day period of temporary infertility after the birth allow both the male and the female to care for the developing larvae.

After being fed for a few days, the beetles’ larvae are ready to be on their own; at this time, the female will stop releasing the pheromone, giving the male the green light for mating.
Image Source: STL Zoo