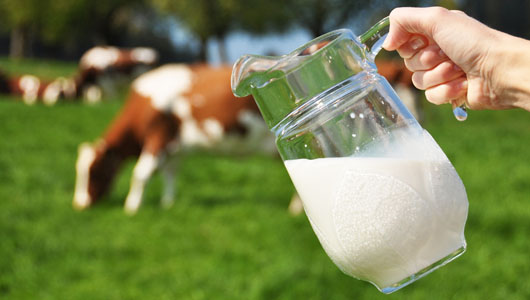 According to the Centers for Disease Control & Prevention (CDC), the 2014 listeria outbreak had originated on an organic farm in Pennsylvania. Samples taken from the farm confirmed the raw milk was listeria-positive.

Two years ago, Miller’s Organic Farm in Pennsylvania was responsible for triggering a listeria outbreak that killed at least one man. The federal agency started an investigation into the farm, as its products sickened at least one person in California and another in Florida.

The resident living in Florida eventually died after being diagnosed with listeria. Investigators were told by the victim’s family that the mad had fallen sick and died after drinking raw milk purchased from Miller’s Organic Farm.

CDC health experts have issued a recommendation that people “drink and eat only pasteurized dairy products.” It is known that unpasteurized milk or milk products can be associated with dangerous bacteria like listeria, E. coli, Salmonella, and Campylobacter.

Listeria is an infection that targets the gastrointestinal tract, causing problems like high fever, diarrhea, high fever and a plethora of other symptoms. In some extreme cases, it can even cause death.

The owner of Miller’s Organic Farm Amos Miller said his company operates as a private membership club, and his farm-grown products are only available to members. The farm does not distribute to outlets and retail stores.

Raw milk made headlines once again as ExaminerGazette News reported that two West Virginia lawmakers became ill after drinking it. Once ingested, the symptoms can take up to three weeks to develop, including stiff neck, headache, muscle aches, and fever.

One reason the infection is so dangerous is because the bacteria can spread from the intestines and travel through the bloodstream to the central nervous system. In extreme cases, listeria can lead to blood infections or meningitis.

Dairy products like yogurt, soft cheese, and ice cream should only be consumed if they are made with pasteurized milk, according to the CDC.

Even though the listeria outbreak occurred two years ago, the agency was only now able to determine for sure that it originated from the Miller’s Organic Farm. The source was not known until Jan. 29 of this year; the CDC reported both victims were over the age of 70.

The current federal investigation should be able to determine if more raw milk products from the farm could be contaminated with the bacteria.
Image Source: Seat Massey