You are here: Home / Health / Could the Next Apple Watch Band Warn Users of Strokes? 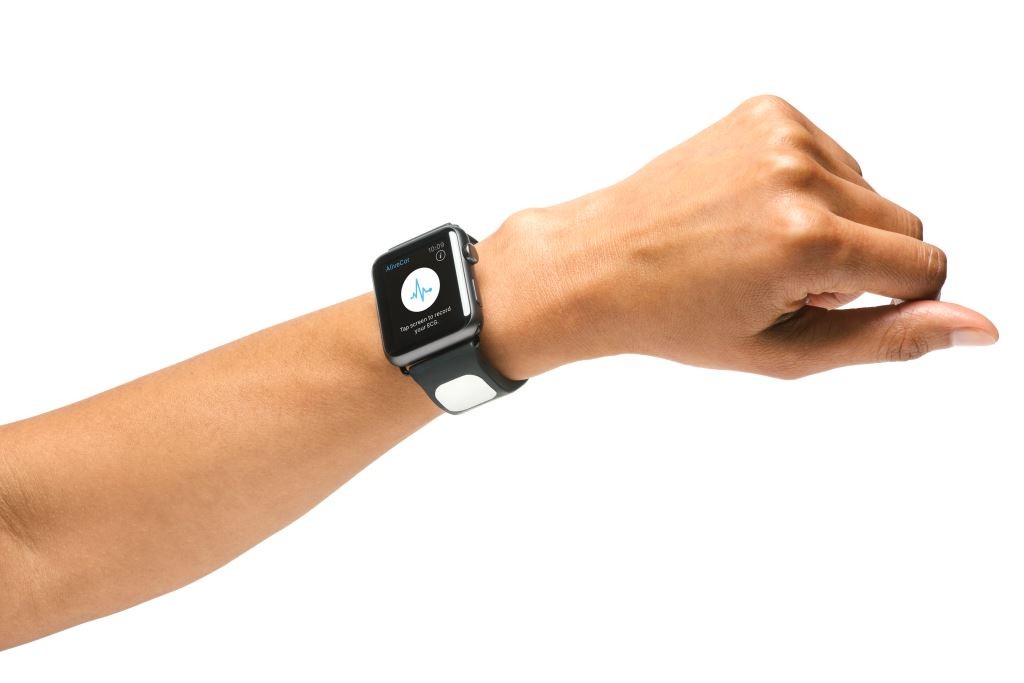 The Apple Watch already has a built-in heart rate monitor, but its creators could not get around certain factors to get the most accurate reading.

The way a user moves their wrist or how the strap fits, the presence of tattoos – Apple says any of these could alter the device’s heart rate monitor. But with the help of AliveCor’s Kardia Band, Apple Watch can now have the best medical-grade heart tracking. Or can it?

Paired with a companion iOS app, AliveCor claims the Kardia band can help wearers make a decision to get help if they have unusual symptoms. If necessary, users can e-mail their results to a doctor, and also attach voice memos describing how and what they feel.

Having already received FDA approval, the band will be launched as soon as the agency has finished its review process. According to its creators, the Kardia band is neither a fitness product nor a toy; it’s a device that wants to help save lives.

The Kardia Band is the more portable successor of the smartphone-connected Kardia Mobile, another device that has received the FDA’s approval. AliveCor believes the band “will become the first FDA-cleared accessory for any smartwatch device.”

Details regarding the possible timeline of the release and the cost of the Kardia Band are still undisclosed.

Experts believe that Apple planned to integrate more sensitive medical sensors into the Apple Watch to begin with, but had to scale back on its designs so it could avoid the rigorous – and often lengthy – FDA approval process.

Before taking it down a few notches, Apple executives went as far as meeting with agency representatives to discuss potential “mobile medical applications.” These meetings might have deterred the company from its initial plans.

AliveCor claims the sensor in its band can detect Atrial fibrillation, which stands for an irregular heart rate that could lead to a stroke and other heart complications. The band is supposedly fitted with EKG technology, but some experts are suspicious about how that could work.

Since the warning the band would send to the user is based on the user’s heart rate, which might prove inaccurate. On one hand, not all irregular heart rates lead to stroke – have you ever felt your heart rate after running? On the other hand, AF could also be masked in several lead orientations.

In the strap’s defense, AliveCor said the app can alert the wearer if a particular reading is unreliable, so the user can take another one to check.
Image Source: AOL