You are here: Home / Technology / Algorithm Can Tell If You’re Drunk Tweeting 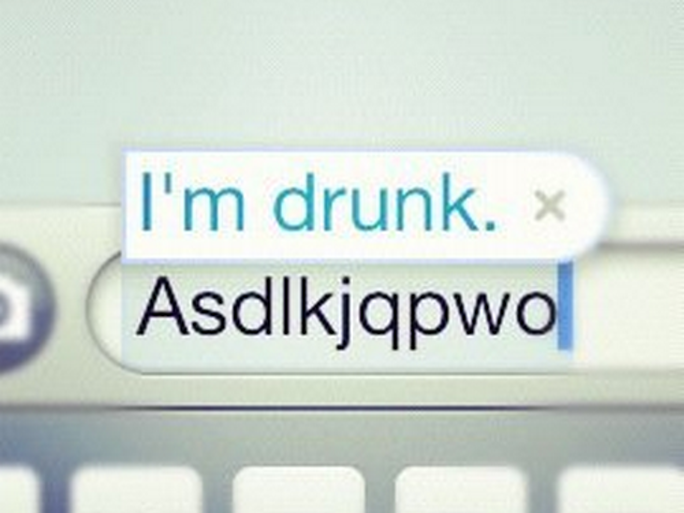 So you’ve downed half a bottle of whisky, and your crew has either gone to get refills or are in the bathroom.

You’re left with no one to drunk-chat with so you whip up your phone, open Twitter and type something like: “Thigs isx tje best baar everr! The dj did soo weell!!”

Researchers from the University of Rochester have developed a machine-learning algorithm that allows computers to tell when you’re drunk-tweeting, and coupled with some often publicly-available information, they can even determine how many drinks you’ve had and where.

According to the MIT Technology Review, the algorithm was designed to catch tweets related to alcohol and those tweeted when people were drinking alcohol. A second algorithm can accurately locate a tweeter’s home location.

When you put the two together, you know if someone’s having too many drinks at home alone or in a bar.

The team of study author Nabil Hossain, graduate research assistant at Rochester, has collected geotagged tweets from January to July 2014, covering the New York City area and Monroe County (home of the city of Rochester).

Thanks to the help offered by the Amazon Mechanical Turk crowdsourcing service, the team could tell if the analyzed tweets were just related to alcohol, or whether they were referring to the tweeter drinking alcohol at the moment of typing.

After collecting some 11,000 geolocated Tweets, the team fed them to a machine-learning algorithm for the purpose of training it to spot drunken tweets by itself.

The second algorithm, the one that figures out the location of the tweeter, was designed in a similar way; the team gathered a significant database of words and phrases related to home, such as “bath,” “home,” “sofa,” or “bar.” The Mechanical Turkers then figured out whether the tweets were indeed sent from home or not.

For example, if you tweeted on Friday night that you’re “Drinking the best beer in town!” and then, some hours later, you type “Finally back home!” the computer would know that you didn’t drink at home.

Does this sound like an advanced exercise in stalking, it’s not. At least, that’s not the intention of its creators, who want to analyze the results and learn more about the drinking patterns of people in New York and Monroe County.

The end goal for Hossain and his team is to be able to use these two algorithms to further study alcohol consumption, and shed more light on the health-related aspects of drinking.
Image Source: Lovelace Media