You are here: Home / Health / Vaccination Rates for HPV Increased Over the Past Decade 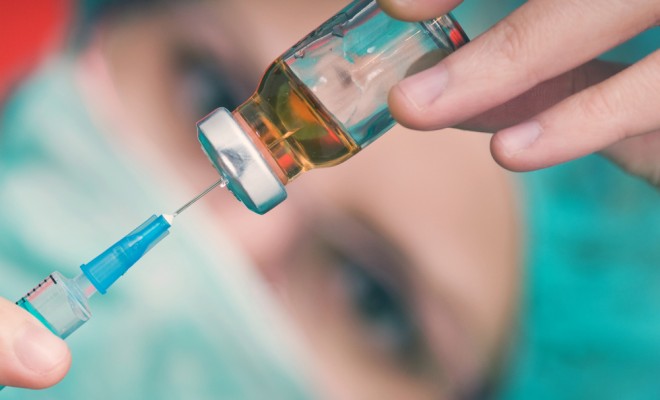 According to a new study published on Monday, February 22, 2016, the fact that the Centers for Disease Control and Prevention (CDC) has started recommending a vaccination for human papillomavirus (HPV) has caused its prevalence to go down by 64 percent over the past 10 years.

CDC also revealed this was the first time a study proved the effect of the vaccination on young women, where prevalence decreased with 34 percent, despite the relatively low vaccination rates for HPV across the U.S.

Featured in the journal Pediatrics, the US government study has based its results on data from 2013 that suggested a significant decrease in HPV prevalence among teenagers after the CDC started recommending the vaccination in 2006.

According to lead author Dr. Lauri E Markowitz, this is very good news, and we should see an even further drop as vaccine coverage rises. About 79 million Americans currently have the sexually transmitted infection HPV, which is deemed by the CDC to be the most common infection.

In order to showcase the impressive change brought by the increase of the vaccination rates, researchers made a comparison between the prevalence rates of HPV from 2003 to 2006 – the year the CDC started recommending the vaccination for women in their 20s – and the prevalence from 2009 to 2012 – four years after the recommendation was issued.

Among women aged 14 to 19 years, the rate plummeted with 64 percent; for women between 20 and 24 years old, the prevalence rate dropped 34 percent.

Even though HPV comes in more than 40 different types, the subtypes 16 and 18 are the ones causing the most HPV-related cancers. The current quadrivalent vaccine recommended by the CDC targets subtype 6 and 11 in addition to 16 and 18.

During 2014, more than 98 percent of people who received the HPV vaccine were administered the more efficient three dose quadrivalent vaccine.

Markowitz explained that overall, the decrease we are witnessed is larger than what the CDC expected, which suggests the coverage rates aren’t the only ones responsible, but also herd protection.

When the CDC recommended the HPV vaccine for girls aged 12 in 2006, a certain stigma was initially attached to it, as parents were concerned that it encouraged sexual activity in young people. However, studies soon showed that it was not the case.

Even though the impact of the vaccination program is already very encouraging, Markowitz has even higher hopes. He said the campaign would have an even bigger impact if HPV coverage wouldn’t lag behind other adolescent vaccines.
Image Source: Fit Style Life