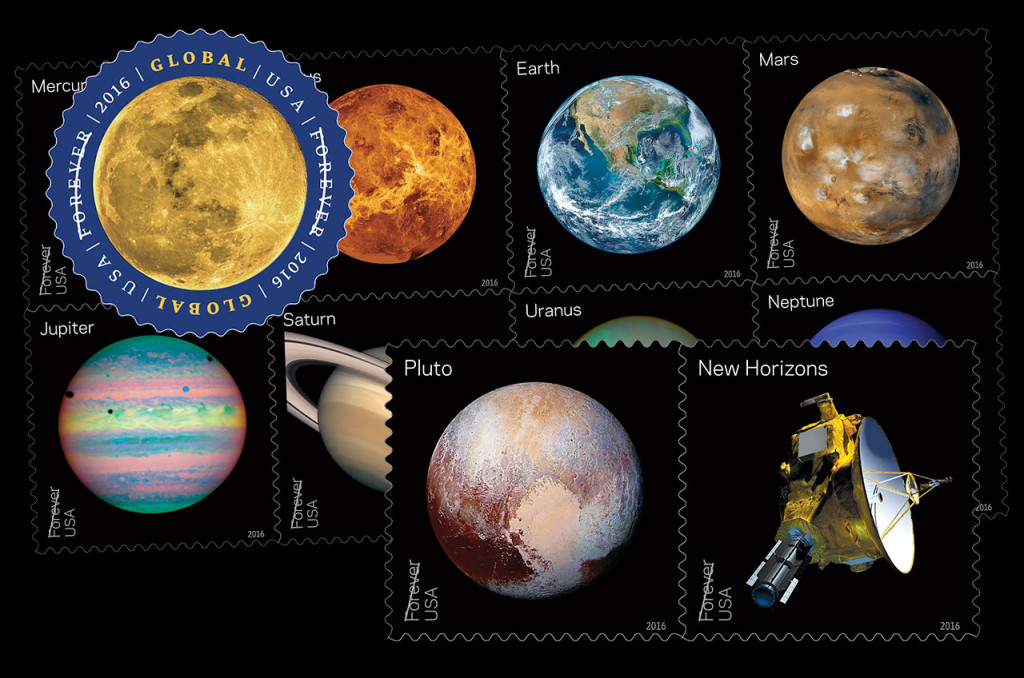 In honor of the second full moon of the year on February 23, 2016, the United States Postal Service (USPS) has come up with a new, fantastic addition to its international forever stamps global fleet.

The snow moon stamp features a real picture of Earth’s natural satellite, with all of its craters depicted in it. Released on Monday, the stamp’s design includes the photograph taken by Beth Swanson of Fort Lauderdale, Fla.

People will pay $1.20 for each stamp, and it can help deliver a one-ounce letter to any country in the world, provided that the First-Class Mail International service is also available in the destination country.

Considering that the moon is visible from, well, all across the globe, this feature of being able to send the stamp around the globe is really a fitting image.

If you’ve been wondering why it’s called a “snow moon,” it’s not related to the temperature up on the moon – even though it can get pretty cold up there. In fact, it has to do with the temperature here on Earth.

Early Native Americans used to name each full moon in an attempt to keep track of time; in this calendar of theirs, February’s full moon received the name of “snow moon” because, of course, this month is prone to bring snows all around.

Full moons are visible roughly once a month when the Earth, moon, and the sun are in complete alignment – and Earth is in between. In this way, the moon’s surface is fully illuminated, allowing humans on our planet to see its entire face.

Good news is that the USPS has more perfect stamps like this in its storage; back in December 2015, the agency announced that NASA’s historic flyby of Pluto will be honored and celebrated with a brand new set of postage stamps, next to other space-themed postage.

The USPS had launched a similar series in the early 1990s, with a set of stamps featuring the planets in our solar system. Next to each one, UPSP had also printed out the year we visited them, and back then, Pluto was the only stamp that said “not yet explored.”

Even though Pluto has been declassified and it’s no longer considered a planet, the USPS has decided to commemorate NASA’s New Horizons spacecraft flying past Pluto in July, 2015 with a stamp that says “Explored!”

Between May and June, the stamps are dedicated at the World Stamp Show in New York; after that, the USPS said they will become available for purchase.
Image Source: Collect Space