You are here: Home / Tech & Science / A Rabbit’s Brain Held in Long-term Cryogenic Storage Was Brought to Life 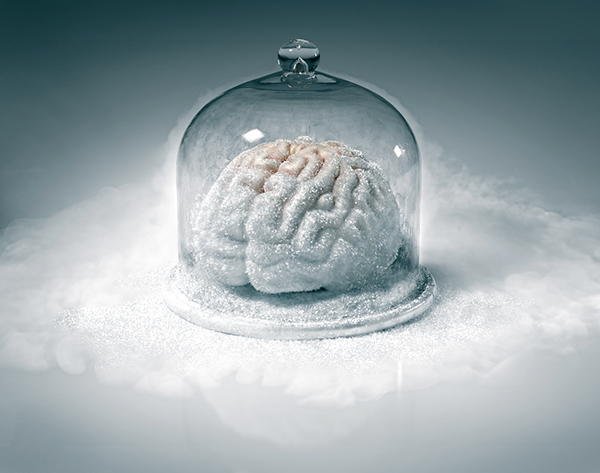 Researchers have achieved yet another impressive feat: bringing back to life a rabbit’s brain held in long-term cryogenic storage, marking the first time when science was able to recover an entire mammalian brain in almost-perfect condition.

This is definitely a significant breakthrough in the field of cryonics, seeing that it improves the odds that researchers will one day bring a frozen human brain back to life.

Thanks to a new technique called Aldehyde-stabilized cryopreservation that uses certain chemicals, researchers from 21st Century Medicine (21CM) were able to cool down a rabbit’s brain to -211 degrees Fahrenheit (-135 degrees Celsius). When it thawed, the brain retained all of its synapses, cell membranes, and intracellular structures.

Kenneth Hayworth, a PhD neuroscientist and one of the judges that awarded the prize, expressed his utter surprise in discovering the effects of the cryogenic process. “Every neuron and synapse looks beautifully preserved across the entire brain,” he said.

It was also impressive, he added, to see the same brain both as a “vitrified glassy solid” and as a recovered functioning one – holding it in his hand in both states. Cryopreservation has been attempted before, but it turns out that the chemical process that freezes the brain to -211 degrees Fahrenheit was the one to prove efficient.

Cryopreserving human brains is another level altogether, but the current process used to attempt that has received backlash from the community for causing “massive dehydration to the brain and crushing neural connections.”

Under the current circumstances, researchers are doubtful that the brains could be revived successfully without damaging the synapses and other delicate connections in the brain.

However, 21CM’s approach seems to be the first with the ability to perverse everything in the brain that would otherwise affect learning and memory. The results have the power to answer some of the more skeptical critics against cryonics, those who say that the “delicate synaptic circuitry of the brain” cannot be preserved through freezing.

Consequently, the current research opens a new stage of renewed interest toward cryonics, offering the scientific community a potential challenge to develop a human procedure based on animal experiments.
Image Source: Behance