You are here: Home / Tech & Science / Ocean Acidification is Stunting the Growth of Natural Coral Reefs 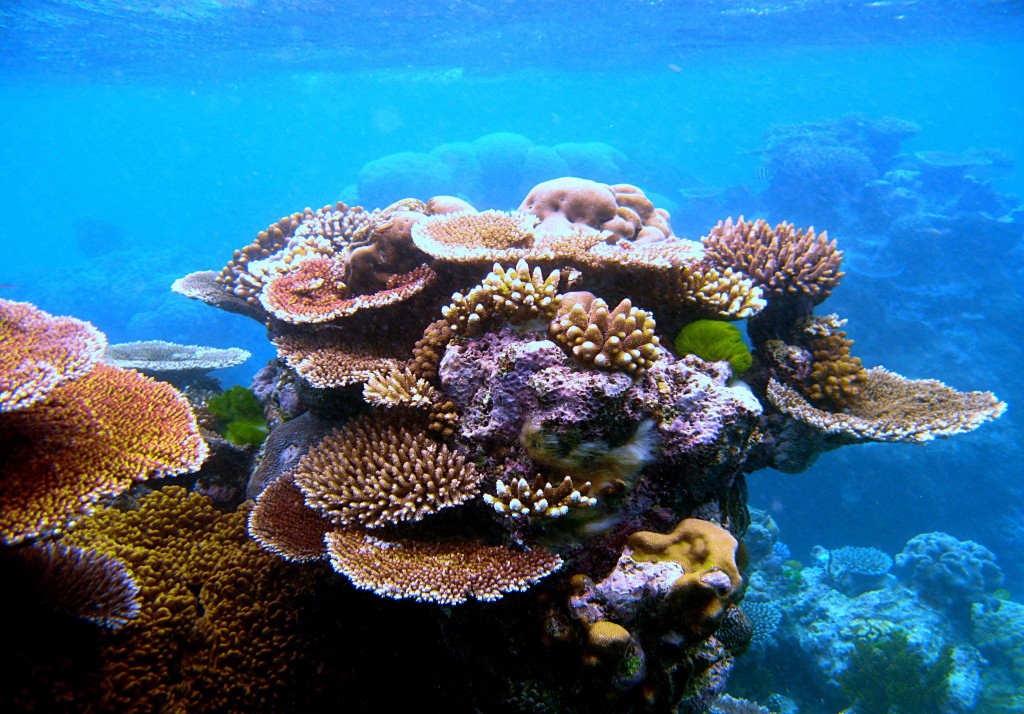 An incredible amount of the carbon dioxide that humans dump in the atmosphere eventually ends up in our oceans. The interaction between that CO2 and the ocean water causes a harmful process to take place known as ocean acidification.

This is one of the most challenging environmental changes our planet faces today, but scientists have had a difficult time measuring its effects; the slow rate at which the process is happening combined with the sheer volume of the ocean make it an almost impossible task.

Most attempted studies have experimented with measuring the ocean acidification have failed because they’ve been conducted in small tanks, and who’s to say that simulated conditions in these tanks are even remotely close to those in actual ocean habitats?

Ideally, scientists would need to compare reef coral growth from 100 years ago to the growth rates today in order to see the effects of ocean acidification. But unfortunately, we have yet to discover time machines, so researchers should try the next best thing: altering the pH of a natural reef to resemble its state of 100 years ago.

In order to do that, scientists would have to pour a chemical like sodium hydroxide into the water flowing over the reef and see the result. This is exactly what a group of scientists at Stanford University’s Carnegie Institution for Science thought of doing.

Led by Dr. Rebecca Albright and Dr. Ken Caldeira, the researchers altered the chemistry of seawater that flowed over a coral reef – in its natural environment – and waited to see the coral’s response.

Coral exposed to ocean conditions that mimicked the underwater environment from 100 years ago was found to present a significantly higher calcification rate; in other words, the coral grew more abundantly in the past.

Unfortunately, the effect of acidification isn’t the only threat to coral reefs; their growth and well-being is also endangered by sedimentation, global warming, pollution, and overfishing.

We might be the generation to change the future of coral reefs, but Caldeira expressed his concern that governments and environmental organizations won’t take a stand on this issue quick enough to save coral reefs.

Beyond hosting some species of organisms that don’t exist anywhere else in the world, corals also provide numerous ecosystem services, such as tourism revenue, protection from storms and waves, and sustenance to almost one billion people.
Image Source: Alma Today