You are here: Home / Health / The Longer the Workout, the Bigger the Brain, Study 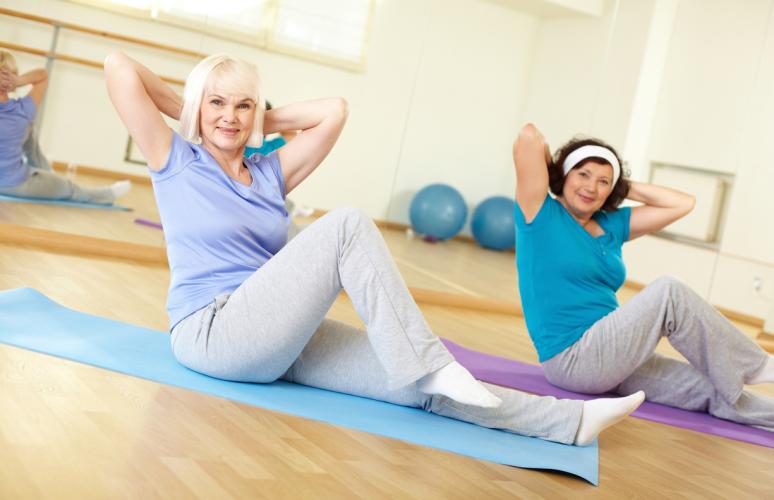 If you needed some good motivation to get up and exercise more – even in the cold days of winter – here are the results of a new study: the longer the workout, the bigger the brain.

The new research, featured in the journal Neurology, found that leading a sedentary lifestyle in midlife was connected to smaller brains 20 years later. Researchers suggest that people who exercise between the ages of 40 and 50 could prevent their brain from shrinking.

At the same time, the new study revealed these people could potentially be adding years to their life expectancy, as explained by study author Dr. Nicole Spartano of Boston University School of Medicine in the United States.

“We found a direct correlation in our study between poor fitness and brain volume decades later, which indicates accelerated brain aging,” she wrote in the report. For the study, researchers enrolled 1,583 people in the Framingham Heart Study, with ages averaging at 40.

None of the patients suffered from dementia or heart disease; initially, they were asked to take a treadmill test, which they repeated two decades later, along with MRI brain scans each time around.

Before analyzing the results, the researchers excluded participants who had developed heart disease during the study period, and those who started taking beta blockers to manage their blood pressure or heart problems. In the end, the group had 1,094 people.

Even though this study is far from being on a large scale, researchers believe the results are conclusive: being physically active during middle age could have a tremendous contribution for many millions of people around the world who already present signs of heart disease.

Exercise ability was assessed by measuring how much time participants could exercise on the treadmill before their heartbeat reached a certain level. Results showed that each drop of 8 units was equal to two years of accelerated brain aging in terms of brain shrinking.

People whose heart rate and blood pressure went up a lot higher during exercise also were prone to have smaller brain volumes over the years. A poor physical state is often associated with higher blood pressure and more dramatic heart rate responses to exercise.

However, Dr. Spartano mentioned the study was observational, which means that there isn’t a causal relationship between poor physical fitness and loss of brain volume. The study only shows association between the two.

Nevertheless, the results are especially important for middle aged people who could prevent any brain damage if they kicked that sedentary lifestyle in the butt and started exercising more.
Image Source: Women Only Workout