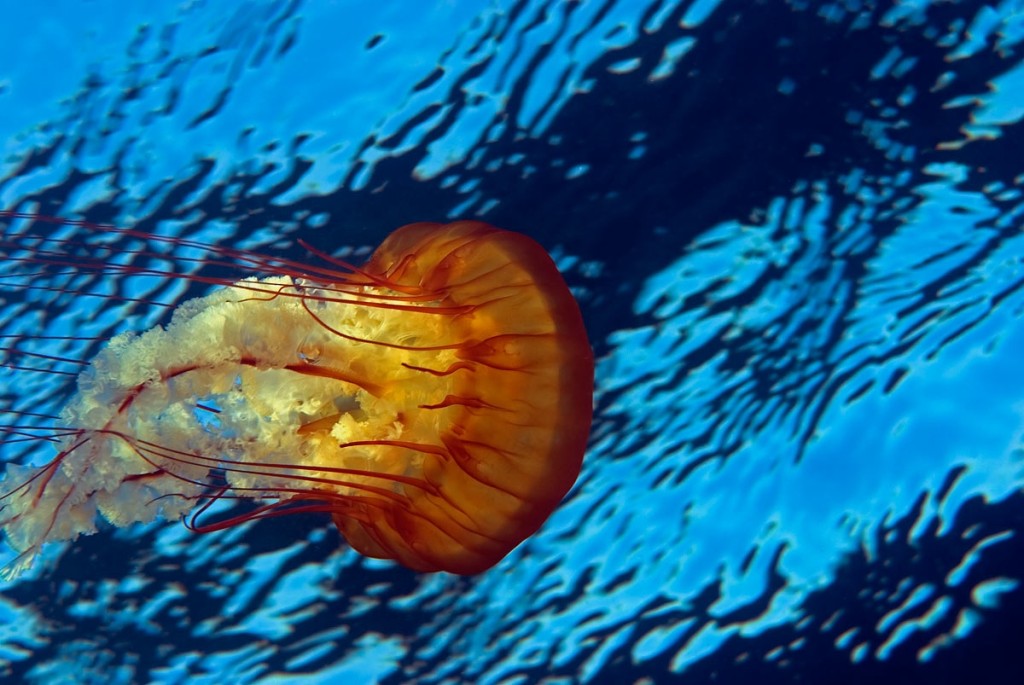 A new study revealed that underwater migration of deep-sea animals has a rather distinct sound. This fascinating phenomenon was captured with sensitive acoustic instruments that detected the low-frequency buzz made by fish, squid, shrimp and jellies during their travels.

As it turns out, these sounds are the result of the animals constantly travelling up and down between deep waters and the surface for feeding.

The researchers also speculate these sounds could be a dinner bell of sorts for other marine beings in the oceans, playing an important role in ocean food networks and the overall carbon cycle.

The team at the University of California, San Diego, led by Simone Baumann-Pickering, an assistant research biologist, made use of some sensitive acoustic instruments that would record the interesting low-frequency hum.

This was registered during the animals’ migration towards the surface to feed at dusk, as well as when the animals headed back into deeper waters at dawn.

So far, the scientists involved with the study are not sure which particular marine animals emit this sound; however, they suspect the bony fish, because it’s one of the organisms found in the most abundant amounts in the mesopelagic zone.

The ocean’s mesopelagic zone is found between 200 and 1000 meters (660 and 3300 feet) below the surface, and it’s home to a vast number of marine animals, such as squid, fish, and shrimp.

Because this particular hums is only 3 to 6 decibels louder than the general background noise of the ocean, the human ear cannot distinguish. However, the sensitive acoustic instruments provided scientists with a new way to study these organisms and fresh insights into their ecosystem.

According to Baumann-Pickering, the hum – or buzz – is not that loud, and the instruments were able to register it for an hour to two hours each day. But the mesopelagic zone in its entirety is equally fascinating.

A lot of marine organisms live in this zone, and according to scientists, their total weight added together is close to 10 billion tons. The animals in this zone represent a major link connecting microscopic plankton and top predators in the food chain.

At the same time, their incredible combined mass also makes these animals an important contributor in the global carbon cycle from the atmosphere to the bottom of the sea.

It’s rather dark world in the ocean’s mesopelagic zone: given the lack of sunlight, food is rather scarce. This is the reason why at dusk, a lot of deep-water animals migrate up to the surface to get the nutrients they need from the food-abundant waters.
Image Source: Animal Affairs