You are here: Home / Health / Blood of an Ebola Survivor Contains the Necessary Antibodies for Vaccine 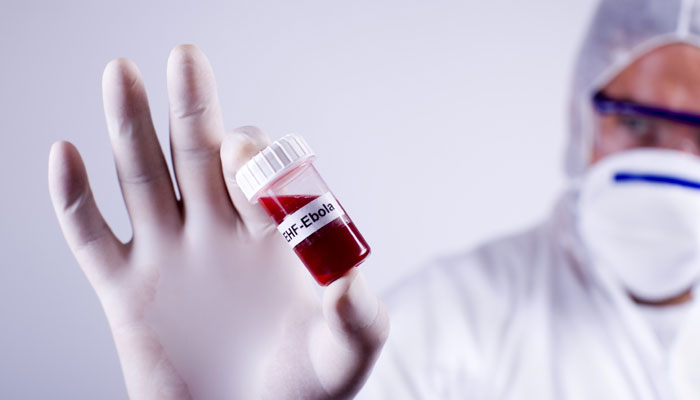 A team of researchers has found that the blood of an Ebola survivor contains the necessary antibodies to fight the deadly virus – at least in mice if not yet in humans.

Featured in the journal Science, the study may advance the search for a successful vaccine that could protect the human organism against the disease, or at least point scientists in the right direction.

The authors are positive the study’s results could help them design an EBOV vaccine and the basis for various immunotherapies.

As per the latest reports from the Centers for Disease Control and Prevention, more than 28,600 people were infected during the 2014 Ebola outbreak in West Africa. Out of the total number of patients, more than 11,300 had died.

Curbing the virus’ dramatic spread became a continuous struggle for health officials. At the beginning, researchers thought the virus was especially dangerous because it was able to incapacitate the body’s immune response.

Basically, they thought the virus was killing the white blood cells that were supposed to manufacture antibodies to combat the deadly pathogens. However, according to more recent research, this is not exactly the case.

A study featured in the Proceedings of the National Academy of Sciences later found that in fact, some of the Ebola patients hospitalized at Emory University Hospital in Atlanta had a higher count of white blood cells, the ones responsible with immune response.

For the current research, scientist used samples from one Ebola survivor – simply known as “Subject 45” – to profile the response of white cells in contact with the deadly virus.

It was found that over 300 antibodies attacked the Ebola virus surface glycoprotein, the very structure that helps the virus to latch onto its host cells.

These antibodies were then analyzed by scientists at the Scripps Research Institute and the U.S. Army Medical Research Institute of Infectious Diseases. They found that at least 77 of them are capable of neutralizing the Ebola virus.

A lot of the antibodies proved to protect the mice at rates ranging from 60% to 100%, but only 3 were strong enough to target the weakest spots on the Ebola virus glycoprotein.

Therefore, the authors are confident that the most effective antibodies in the study could offer promising hopes in developing “a rational vaccine design.”
Image Source: Zee News India