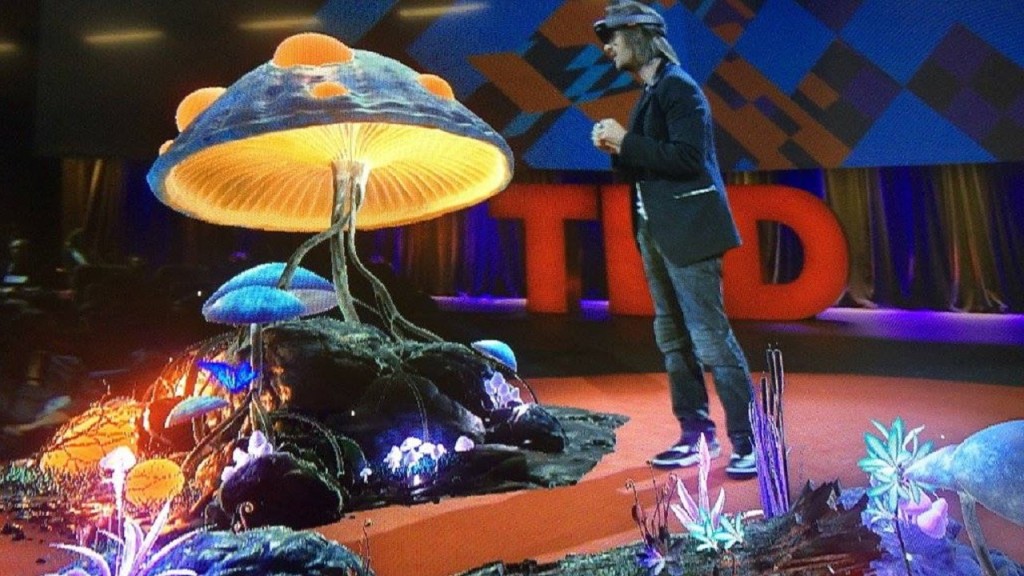 Microsoft inventor Alex Kipman gave a fascinating TED talk at a conference on Thursday, amazing his audience with a sneak peek into a future where screens and displays are rendered useless.

After putting on a HoloLens augmented-reality (AR) headset that his team is getting ready for launch, Kipman seemed to transform into a tech wizard. He used his hands to draw in magical landscapes, hard data, and even to open a chat with the hologram of a NASA researcher.

Kipman presented HoloLens as the next step in our evolution to a time when hovering over a smartphone display or typing on computer keyboards will become tales from generations past.

Traditional computing confines us, he said, and we need to free ourselves from the 2D limits, and augmented reality (AR) is the way to go. Kipman is the genius mind who thought of the concepts for Kinect motion-tracking accessories that are now featured in Xbox consoles.

Even though other AR devices are also getting ready to be launched, the inventor touted the HoloLens headgear to be “the first fully-untethered holographic computer.” In other words, the headset does not need to connect to a computer or a smartphone in order to work.

At the TED talk, the large display behind Kipman showed the audience exactly what he was seeing through the HoloLens as he turned the space surrounding him into a cave, a magical land and the lunar surface.

Using hand gestures, Kipman made a virtual television screen appear in front of him as he explained how AR – and eventually virtual reality – could replace real TV sets. “Computers give us superpowers,” he said, as he started a video phone call with his family in the US.

When he said that “holographical telepresence” is definitely a part of our future, he summoned the hologram of Jeff Norris of NASA’s Jet Propulsion Laboratory on the stage to prove his point (like all the other demos, he was only visible through the HoloLens).

In 2015, HoloLens kits were made available by Microsoft, but only to developers and for $3,000 apiece. The company has remained mum when it comes to other versions of the AR headgear that will be directed at the general public.

According to Kipman, this delay is caused by the fact that Microsoft hopes to build a large portfolio of apps, games and other AR experiences before it makes HoloLens available for all consumers.
Image Source: YouTube