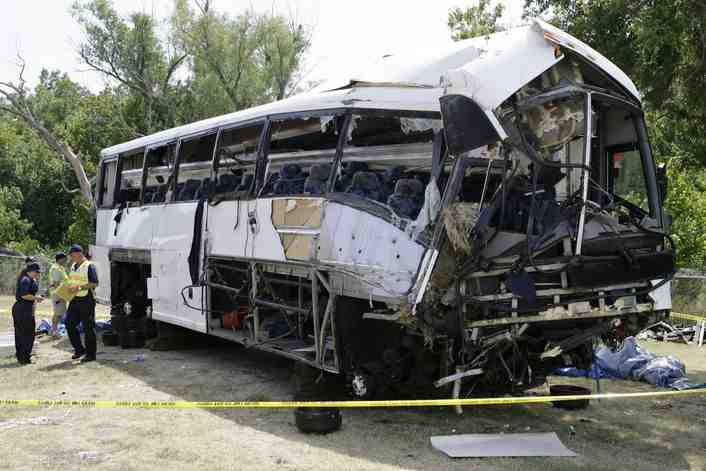 The owner of the bus company in Texas who was charged after the 2008 Texas crash that killed 17 people got three years of probation after reaching a plea agreement. The man, Angel de la Torre, was thought to be responsible for the horrific crash that took the lives of 17 passengers who were on their way to a religious retreat.

Yen-Chi Le, the daughter of one of the victims, has revealed that she was absolutely disappointed at the news of the sentence.

lt’s like Mr. de la Torre got less than a slap on the wrist for taking 17 lives.

Her mother was Catherine Tuong So Lam, a 62-year-old member of the Houston’s Vietnamese Catholic community. She and 55 other members of the community hired an Angel Tours bus to drive them to the annual assembly in Carthage, Missouri. But on August 8, 2008, 60 miles north of Dallas, near Sherman, the bus fell over a highway bridge killing 17 and injuring 38 people.

The U.S. Attorney’s Office in Houston, revealed that the judge presiding over the 2008 Texas crash case had reviewed a pre-sentence report in the Angel Tours bus case and

[…] handed the defendant a sentence within the U.S. sentencing guidelines.

The 2008 Texas crash happened because of a retreaded tire on the right front axle became punctured by an unknown object, it was revealed to the media by the National Transportation Safety Board. The board said that the retreading of the tire didn’t cause the accident, but the fact that it was attached illegally to the front axle of the bus. It appears that the bus company did not have the authority to leave the state of Texas after failing an inspection performed three months prior to the accident.

In March of 2014, charges were dropped against Ortuno. Angel de la Torre pleaded guilty to the charge of continuing to operate a commercial motor vehicle after being given an unsatisfactory rating; the sentence for such this is up to a year in prison. Other charges that could have put de la Torre in prison for up to five years were dropped. Charges against Angel Tours were dropped and the company is no longer operational, following the 2008 Texas crash.

During the hearing on Friday, Angel de la Torren was sentenced to 3 years’ probation, he was given 55 hours of community service and was fined $500. When approached, Angel de la Torre’s attorney, Marina Douenat, refused to comment on the case and the sentence.