You are here: Home / Technology / Worst Passwords of 2015: ‘starwars’ and ‘hansolo’ Make the List 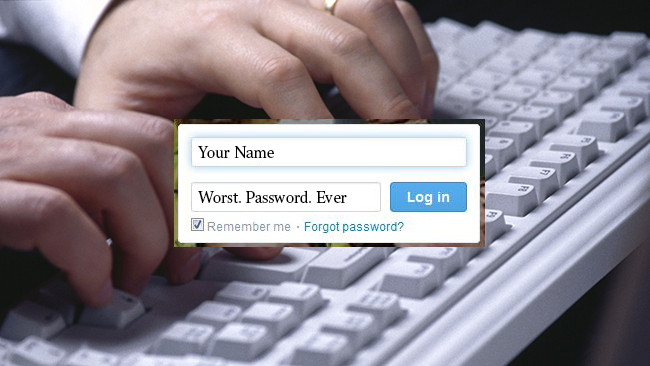 If we needed a reminder of how awful we are at passwords, it’s official again this week thanks to a recent study by SplashData. Year after year, we are told that our passwords are so weak that even a 7-year-old could guess them, and yet nothing changes.

According to the password management software’s report, users are determined to make the riskiest choices in terms of passwords, using overly simple ones. The social review has once again placed the internet’s spotlight on “worst passwords,” and the list includes some new passwords inspired by a galaxy far far away.

Making their first appearance on the list are ‘starwars’ and ‘hansolo,’ one of Star Wars’ most prominent characters. SplashData has published a press release announcing the worst passwords of 2015 – the worst because they’re easy to hack or even guess.

Gaining access to someone’s online account can be as easy as guessing the password, and – guess what? – some people have yet to ditch the ‘qwerty’ password. You’ll be surprised to see that the worst of the worst, ‘123456,’ has not moved an inch from its number one spot on the list.

Preferred by many due to how easy it is to type on an alphanumeric keyboard, ‘qwerty’  password is ranked as the fourth most popular password in 2015, outranked by ‘password’ and variations of number sequences like ‘123456’ or ‘12345678.’

Other familiar passwords included in the updated list are combinations of ‘abc’ and ‘123,’ which are equally easy to guess. People also preferred to include sports in their passwords in 2015, such as ‘football,’ and ‘baseball.’ Let’s just say that your love for sports could be expressed in a safer way by going to a football game.

It’s noteworthy that some users felt innovative this past year, as SplashData’s list includes a spinoff to the ‘password’ password by replacing the letter O with zero. Great job, guys. Thankfully, some of the worst passwords from previous years are losing popularity, such as ‘letmein,’ ‘monkey’ or ‘dragon.’

If you want to avoid using easy-to-guess passwords, there are plenty of application management apps that can help. In this digital era, developers have created safe tools to help you save or create strong passwords.

Experts agree that the strongest passwords – also the hardest to hack – are the ones generated by these types of tools. The downside to having a password of random digits and letters is that you have to keep them safe in an management app, which can be hacked.
Image Source: News API