You are here: Home / Health / Wearable Sweat-monitoring Device Keeps Tabs on Your Health 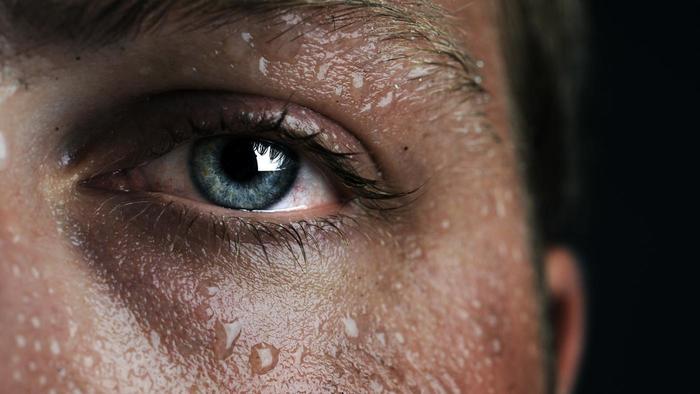 We might soon have a new type of wearable technology that can look at your sweat at tell you how healthy you are. According to the accompanying study, human sweat is overloaded with information about one’s state of health.

Other bodily fluids have been the doctors’ focus for decades, such as blood, urine, or saliva. But it turns out that our sweat is equally – if not more – packed with information about our bodies, and we can tap into that fountain of data with the invention of this wearable sweat-monitoring device.

According to researchers at the University of California, Berkeley, and Stanford University, this device would be constantly measuring the chemical composition of your sweat down to a molecular level, and then translating its findings into valuable health information.

Researchers develop a sensor that keeps a vigilant eye on the skin temperature and levels of glucose, sodium, potassium and lactate in your sweat. Thanks to these biomarkers, the device can tell if you’re fatigued, dehydrated, stressed or may be presenting some physical ailments.

Lead author Ali Javey, a professor of electrical engineering and computer sciences at the University of California, Berkley, wrote a study about the abilities of the device in Nature on Wednesday.

He explains that sweat is unbelievably filled with chemicals – each of whom is associated with different pieces of information about your health. The device was tested on 14 participants, both men and women.

They were fitted with plastic electronic sensors that monitored their biomarkers; the sensors connect to a flexible circuit board. What is now an entire mechanism could soon be turned into a fashionable athletic wristband or headband.

Although the sensors only work when the user perspires, they don’t need much of this bodily fluid to do their job. In the experiments, the researchers found the mechanism produced valuable data – in real time – with even the smallest amount of sweat.

Javey explained the sensors were incredibly accurate even when they drew information from a fifth of a droplet of sweat. Therefore, the user doesn’t have to be working out in order to get the monitor going, especially when further improvements will be brought to the device.

Other wearable sweat monitors have entered the market in recent years, but this is the first to also measure a series of biomarkers. By furthering their research, the team hopes to gain even more insight into the information provided by sweat.

For more details about how the monitor works, watch the video below: