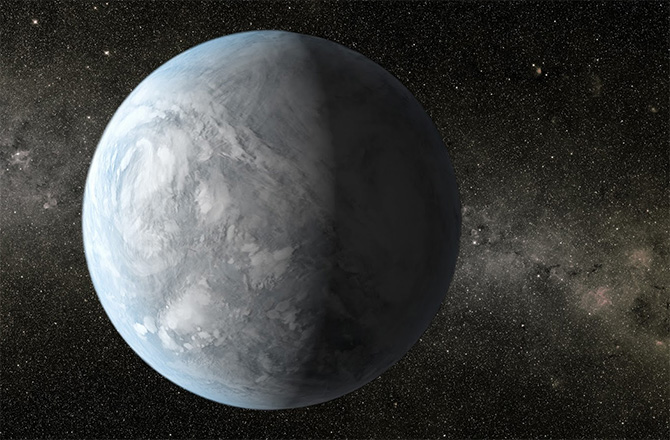 Earth was locked in deep freeze

A new theory suggests that underwater volcanoes created ‘Snowball Earth’ between 640 to 720 million years ago. It was reportedly a time when our planet was fully covered with thick ice sheets, a true Ice Age that caused major changes in the chemical properties of today’s oceans.

Researchers from the University of Southampton believe that extreme underwater volcanic activity along with the break-up of the supercontinent, Rodinia, led to such freezing temperatures. Rodinia, at the time, contained most of Earth’s landmass, and its parting may have caused a geochemical change in the oceans that led to ‘Snowball Earth’. Underwater volcanoes were also the main force behind it.

The team of researchers suggest the break-up of Rodinia released major amounts of chemicals into the oceans via river runoffs. This severely impacted its chemistry, removing the carbon dioxide (CO2) from the atmosphere, and effectively cooling down the planet. This increased the ice coverage on Earth and locked it into a deep freeze that took millions of years to thaw.

The incredible vast ice sheets across the planet reflected the sunlight, preventing a warming. This created ‘Snowball Earth’, a time of extreme temperatures for our planet. According to lead author of the study, Tom Gernon, there are many geological and geochemical changes associated to that point, and they are all consistent with submarine volcanic activity.

It was millions of years later that volcanic activity once again impacted the Earth. Land-based volcanoes burst, releasing CO2 and warmed the atmosphere, which eventually led to the ice melting. According to Gernon, the previously cold time has led long-term repercussions on our planet. This arrived in the form of hundreds of feet worth of cap carbonates within the oceans.

Once again, Gernon’s theory shifts toward volcanoes as the cause. When the supercontinent Rodinia broke up, lava erupted and produced hyaloclastite that slipped into the waters. This made today’s oceans rich in calcium, magnesium, silicon, and phosphorus. According to Gernon, it would explain the high levels of the latter within our waters. As stated by the researcher, the high levels of oceanic phosphorus is also believed to be the catalyst of animal life on Earth as we know it.

And it was all caused by excessive volcanic activity hundreds of millions of years ago. They erupted in shallow waters, along mid-ocean ridges, creating a layer across the sea floor. This build-up effectively led to the thick cap carbonates. The volcanoes changed the chemistry within the waters, in both cooling and then warming up our planet through time.