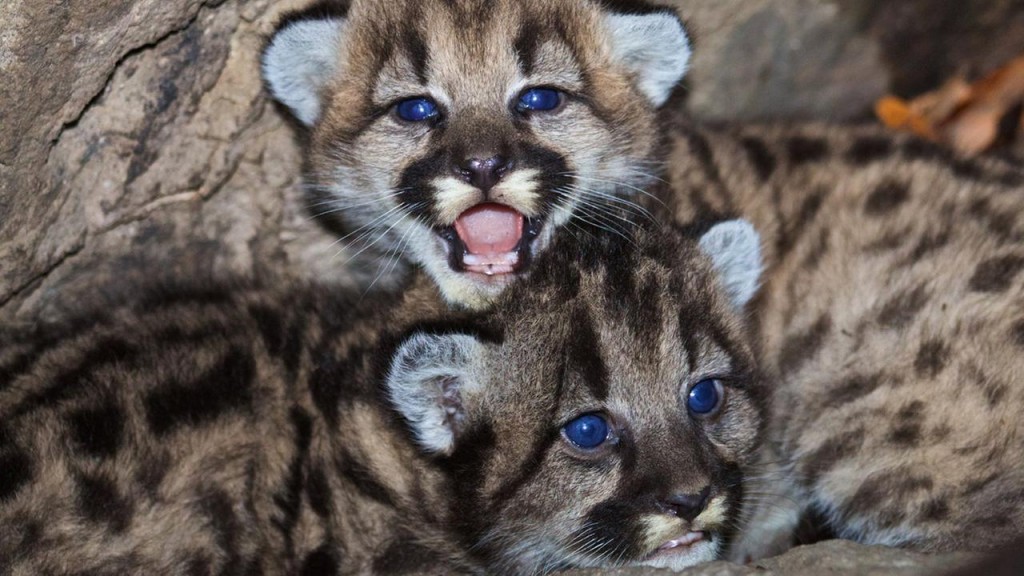 The two cubs were recently found in the Santa Monica Mountains

There is hope for the population of felines, as two new mountain lion kittens were found near L.A. in the Santa Monica Mountains. The adorable little furry cubs were captured on video in the absence of their mother, hissing and purring at the camera. This small litter uplifted the spirits of local biologists who aim to help the population of mountain lions in the area.

The two cubs, dubbed P-46, a female, and P-47, a male, were recently discovered in California, with P-19 as their mother. The pumas have been part of a mountain lion monitoring program in the hopes of tracking their population and understanding the challenges they face for survival. It is conducted by the National Park Service in the Santa Monica Mountains where the adorable little critters have been discovered.

The posted video showed the two cubs energetic and feisty at their den. The researchers instantly moved to their location once their mother was noted as absent, placing down trackers on the new members of their project. It will help monitor their health, as well as their journey on surviving to adulthood by avoiding the numerous perils they will face from now on.

This implies exposure to rate poison, getting hit by a car on the highway, or tragically being mauled and killed by an adult male mountain lion in the area. The GPS tracker will watch over their journey, and track them from an early age to better understand how the problems could be avoided in the future. It will encompass their lives across the 150,000 acres worth of land around the mountains and coastline.

Their mother, P-19, has been tracked since she was a few weeks old in 2010. Her previous litter of three cubs has been the result of inbreeding with her father, two of which have already died. Inbreeding poses as one of the factors threatening the population of mountain lions in Santa Monica. Because the area is essentially limited, the felines have few opportunities to roam and find other partners.

Due to low genetic diversity, the mountain lions can be born with deteriorating traits and inability to survive, hunt, or properly reproduce. This poses as a challenge to conservationist efforts. The researchers at the National Park Service, thus, hope that the litter’s father is P-45, a young adult mountain lion new to the area. However, they will not know until they conduct DNA testing.

In order to solve part of the problem of low genetic diversity, conservation groups and local lion lovers have requested the construction of a wildlife bridge across the 101 Freeway in Agoura Hills. It would connect land from the Santa Monica Mountains to the Sierra Madre, which might offer the felines a chance to find more partners.

And, hopefully, it would offer a safe passage for the mountain lions to better preserve their population.