You are here: Home / Tech & Science / Tiny Chameleon’s Tongue Among the Most Powerful Machines on Earth 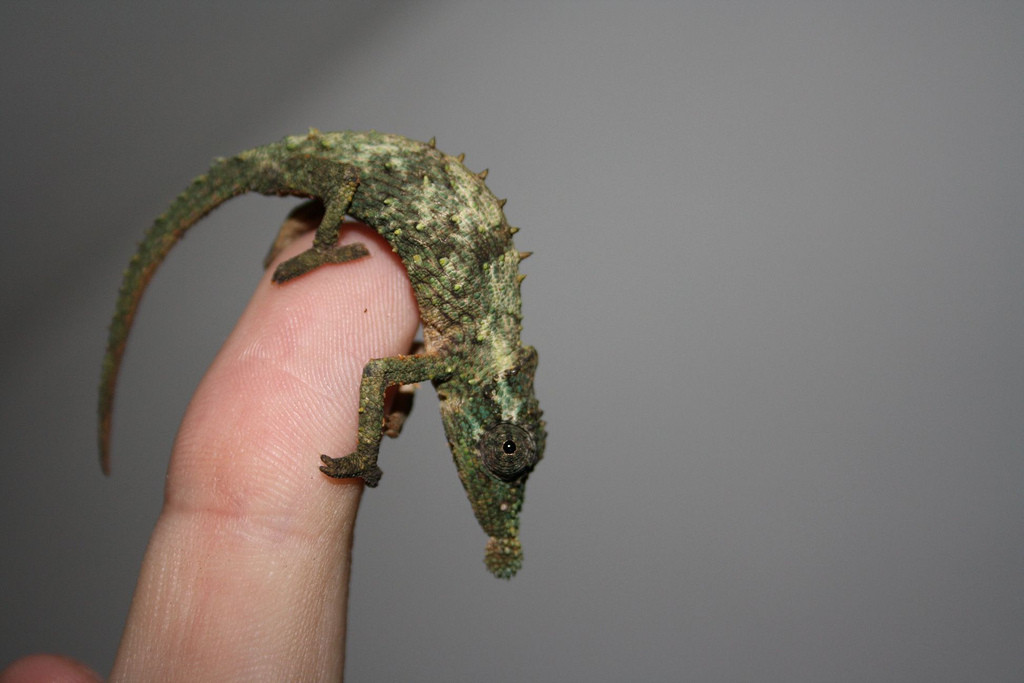 You wouldn’t be in awe if you were to meet the Rhampholeon spinosus, a tiny chameleon smaller than the tip of your thumb. But size isn’t this lizard’s strongest suit, in spite of it being among the most powerful machines on Earth.

Instead, you’ll be surprised to know that its tongue moves faster than your average supercar. According to research published in Scientific Reports, the tongue of a R. spinosus “produces an acceleration 264 times greater than the force of gravity” when it is whipped out to catch a cricket.

As biophysicist Christopher Anderson proudly described the little pipsqueak, it is faster than a Tesla Model S going from zero to 60 mph in under three seconds – achieving the same acceleration in one three hundredth of that time.

Anderson has been observing and analyzing the biomechanics of chameleon tongues for years now, and the surprising discovery came about when he focused on the different power outputs among different species.

For the experiment, Anderson gathered chameleons from 20 species, varying drastically in size; some were several inches, while others several feet in length. His subjects were perched in front of a 3,000 frames per second camera, and tempted with cricket.

In the second the chameleon’s tongue would be whipped out to eat the snack, the camera faithfully recorded the distance, elapsed time, speed and acceleration. It was soon noted that smaller chameleons had higher peak accelerations in wielding their tongues.

It was however still surprising to see the smallest specimen of them all – the R. spinosus –outperforming its larger counterparts “by nearly a factor of ten.” According to Anderson, “R. spinosus’ tongue has the highest power output per mass of any known reptile, bird or mammal.”

There’s a secret to the tiny chameleon’s firing power and it’s called “elastic tissues.” Most of the tongue’s total energy is due to the fact that its elastic tissues turbo-charges with great elasticity.

Anderson compared the process here to pulling back a slingshot before firing it. The further you pull, the faster the projectile will fly. Researchers also suspect that a fast tongue is designed to increase the smaller chameleons’ chance of catching prey.

But there’s a better species that tops the tongue-whipping game: one species of the salamander Bolitoglossa exceeds the performance of the R. spinosus with higher acceleration and power values.

However, Anderson said that even though the salamander species holds this title, it’s because they are relatively large in comparison to the R. spinosus. Don’t you just love science sometimes?
Image Source: Flickr