You are here: Home / Health / Tinder Has Hopped On the Awareness Train Regarding Safe Sexual Behavior 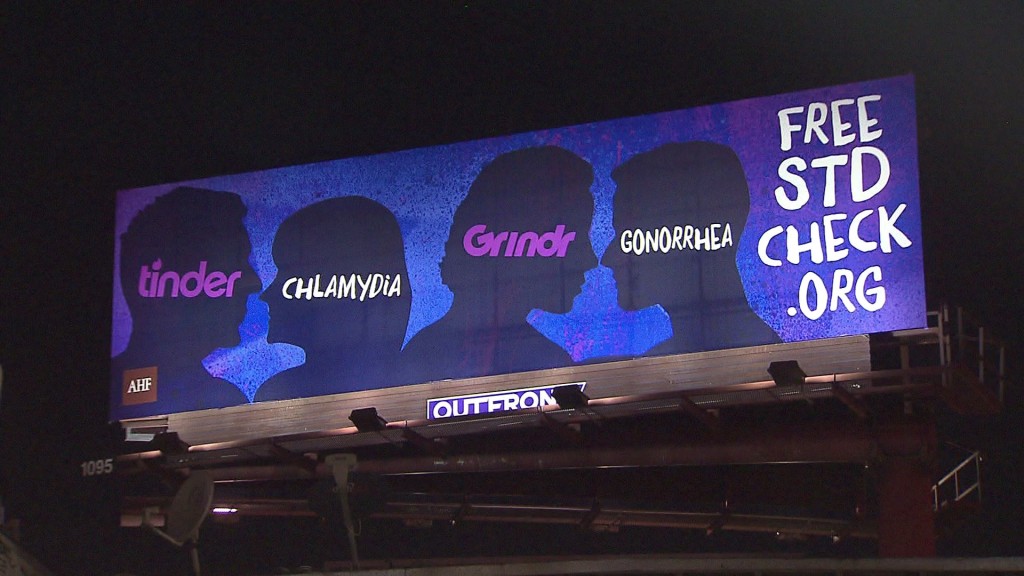 Billboard from AIDS Healthcare Foundation, posted near the West Hollywood headquarters of Tinder

This is something that we all learned about at some point or another: entertaining sexual encounters with strangers is linked with an increased risk of contracting sexually transmitted diseases.

Tinder has hopped on the awareness train regarding safe sexual behavior, preaching about the trifecta of staying safe, using protection and getting tested regularly. The dating website has included a new “Health Safety” saection, a simple page that informs users about free testing facilities.

In addition, Tinder is urging its users to “be honest with their partner” and use condoms. The dating website is looking to get AIDS Healthcare Foundation off their backs, a sexual health advocacy group that’s been blaming Tinder for the increased spread of sexual transmitted diseases.

Tinder’s FAQ page includes a link to a STD testing locator, a move welcomed by the AIDS Healthcare Foundation. The advocacy group has been shouting from the rooftops – and posting billboards – about Tinder’s contribution to the spread of STDs like chlamydia and gonorrhea.

After Tinder filed a cease-and-desist letter regarding the removal of the billboards back in September, the AIDS Healthcare Foundation said they will comply after Tinder will launch its new health safety section.

The billboard campaign was grounded in a report from the Centers for Disease Control and Prevention (CDC), which found that STDs have dramatically increased in prevalence in the US. For the first time since 2006, the CDC found that cases of gonorrhea, chlamydia, and syphilis have increased.

According to Whitney Engeran Cordova, chief of public health at the foundation, Tinder’s move into health safety will encourage people to find testing locations. She hopes other dating sites follow suit, seeing that modern platforms have a better chance to reach the young demographic.

Even though some experts support the connection between Tinder’s rise in popularity and the spread of HIV and other STDs, hard proof is yet to be found.

There’s more that Tinder can do to mark their new section and draw more attention to this health safety. So far, accessing the page from the app requires that users click on the FAQ section, which then sends them to a mobile browser.

Instead of burying the link to the Healthvana STD testing site locator all the way to the bottom of the health safety page, Tinder should make the info about STD prevention more visible.
Image Source: Tribktla