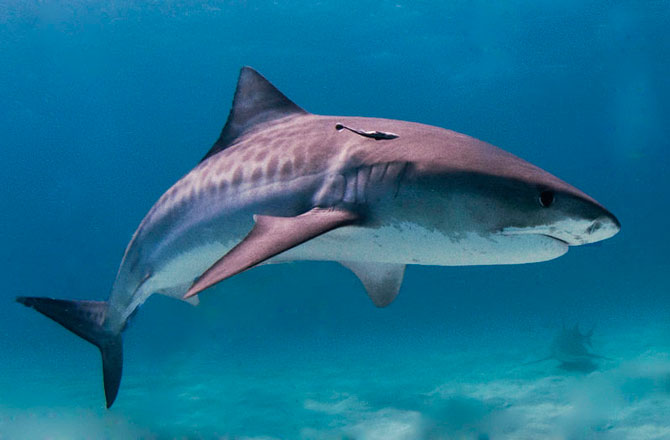 How about a summer camp for baby sharks?

Because this is what scientists have just now discovered: an unexpected nursery near Long Island’s Great South Bay for sand tiger sharks. It turns out they spend their summers each year swimming up from the south and enjoying the New York waters.

Jon Dohlin, president of Wildlife Conservation Society’s New York Aquarium, already released a press statement expressing his excitement for the incredible opportunity that local conservationists have to learn about shark species in the New York Bight.

The marine region between the eastern end of Long Island and New Jersey’s Cape May is called the New York Bight and it features an indentation in the continental shelf filled with relatively temperate water.

For the last four years, the movements of sharks living near Long Island have been neatly tracked and recorded by acoustic tags implanted by researchers working with the Wildlife Conservation Society’s New York Aquarium.

According to the tacking data, 10 of the 15 young sharks tagged in 2015 – in addition to 5 other previously tagged – had migrated to the same area of the bay as their peers had visited the year prior.

This behavior is called “site fidelity,” and the sand tiger sharks are not an exception from it. Even though they aren’t born in the Great South Bay, they faithfully migrate south to the estuary waters when they are only pups. The nursery ground is really crowded during summers.

However, researchers hope to implement more effective conservation and protection programs for sand tiger sharks and other vulnerable species so they can gain a better understanding of their migration patterns.

Dohlin explained that the New York Aquarium is aided by other organizations in setting up field projects and outreach efforts designed to raise awareness about the sharks’ conservation status, “our local marine environment, and the need to manage our natural wonders.”

According to WCS, further research is required because of the many unknowns that surround the bay: scientists have no idea how many young sharks spend their summers there, how much of the bay is occupied by them, and what exactly the sharks are eating.

Jon Dohlin also hopes to raise awareness about the importance of keeping the bay a safe home for the sharks, in spite of the fact that the area is known for recreational fishing, a great deal of boating, and other human activities.
Image Source: News Discovery