You are here: Home / Tech & Science / SpaceX’s Falcon 9 Rocket Will Attempt A Sea Landing on Sunday 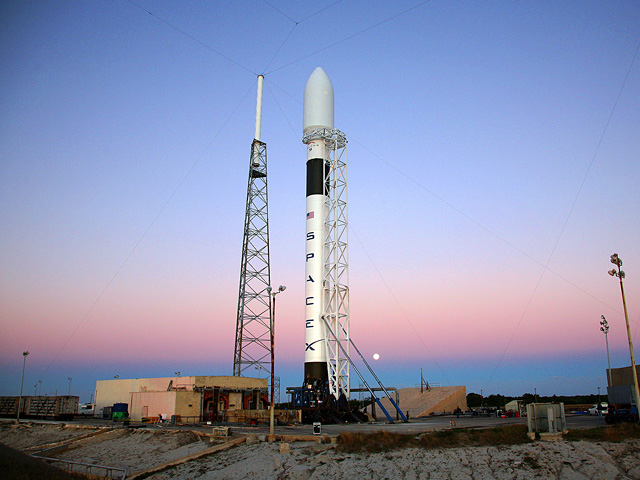 Elon Musk’s ambitions to introduce reusable rockets into the space cargo business will be crucially tested on Sunday morning, when SpaceX’s Falcon 9 rocket will attempt a sea landing next to the Southern California coast.

In spite of one successful landing of a Falcon rocket at Cape Canaveral on Dec. 21 – considered to be one of the greatest engineering feats – SpaceX’s next two sea landings have failed big time.

But none of the previous experiences compare to the difficulty of Sunday’s effort. The rocket’s full round trip will be much like trying to hurl a pencil over the Empire State building, then making sure it comes back and lands on its eraser on a floating shoe box. And don’t forget it cannot tip over.

The Falcon 9 is scheduled to take off from Vandenberg Air Force Base on Sunday morning, at about 10:42 a.m., with 1,157 pounds of cargo – an Earth-observing satellite for U.S. and French government agencies. According to SpaceX, the landing, which will occur several minutes later, won’t be visible with the naked eye.

It’s important for the private space company that this exercise is successful, because they are attempting to reuse a rocket stage. If they discover this is a doable feat, it would bring down the cost per launch so much that SpaceX could become a leader in delivering cargo and people to space.

The image of the Hawthorne-based company would benefit greatly if this feat of launching and landing a fresh rocket proves successful. As Marco Caceres, senior space analyst for Teal Group Corp, said, it’s a show of control if you can land the rocket on a moving barge.

Water landing involves politics, physics and economics, making it a highly complicated feat with little room for error. The team had to think of way to check all the necessary requirements, and shortening the return trip was the easiest way to do that.

The SpaceX rocket has to deliver a huge satellite at high speeds, so it will land on a distant orbit, then hit the brakes, flip around, come back through Earth’s atmosphere, and land gently on a 300 X 170 feet barge on the sea.

Attempting the sea landing won’t be an easy task: according to SpaceX engineers, making sure the 14-story rocket doesn’t tip over is much like balancing a broomstick on your palm.

In spite of the two fiery crashes of last year, Musk isn’t deterred in his ambitions. Caceres noted that the private company apparently has enough money to afford some failures.
Image Source: SpaceX