You are here: Home / Health / Single Mothers Are The Most Sleep Deprived 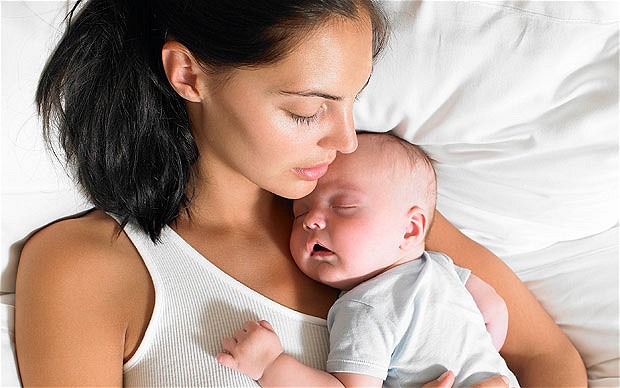 Single moms have a hard time falling and staying asleep

Perhaps unsurprisingly, single mothers are the most sleep deprived people in the United States, according to a study conducted by the Centers for Disease Control (CDC). It has been deemed as one of the major health problems of our generation. Numerous studies highlighted the need for sleep, and the population’s tendency to neglect it.

According to research, a lack of sleep, defined as getting less than 7 hours of shut-eye could increase the risk for heart disease, cancer, diabetes, and other health problems. Furthermore, it creates a higher likelihood of being involved in workplace accidents or car crashes that can be ultimately fatal. Proper rest has been underlined several times as being an integral part of our health.

And yet, it’s still wildly neglected. In fact, most people tend to choose sleep as the factor they’re willing to sacrifice in the face of social activities, entertainment, work, or responsibilities. If there is a need to cut out some hours to gain more time, a majority pick sacrificing an hour or two of sleep.

The CDC conducted its annual study of 44,000 American adults, half women and half men. The survey inquired about their sleeping habits, and identified single mothers as the ones to get the less amount of much needed rest. According to their findings, 44% of single mothers living with children under the age of 18 years old get less than the 7 recommended hours of sleep.

Single fathers were fewer, but not too far behind, at 38% of them arriving under the number of healthy hours of rest. In comparison to both groups, 33% of two-parent families claimed the same concerns and problems with getting the right amount of sleep. It’s clear that the demands are higher in single parent households. And that is where sleep gets sacrificed.

Single moms also had the most difficult falling and staying asleep (24%), trouble resting for 4 or more times per week (28%), and feeling that they are not well rested (57%). Men were not far behind on either category, but while the difference is small, the researchers stated that it’s also statistically significant.

Overall, it appears that women in general register more difficulty sleeping. Whether single mothers, mothers part of a two-parent household, or even living without kids, women marked as having the greatest difficulty with falling asleep.

However, the study also uncovered that adults not living with children under their roof were most likely to use medication when they have trouble sleeping. Around 8% of them resort to pills to fall asleep, in comparison to 7% of single parents, and 4% of those in a two-parent household.

Health officials insist that a good night’s sleep is key to long-term health and it should be a national priority. That is why it’s important to find a way to help those battling sleep deprivation as well as encouraging them to assure their well rest.