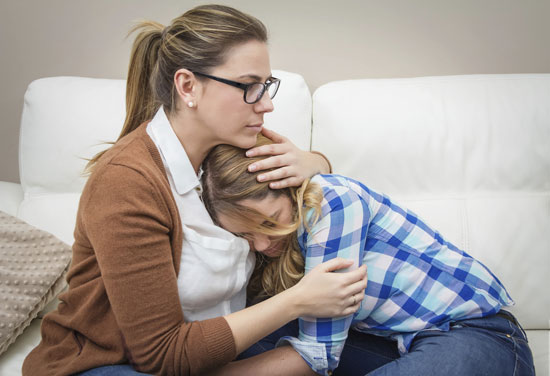 Seeking help is a major and needed first step

It’s unfortunate that shame prevents mental health patients from seeking help for their issues, something especially prevalent in children and teenagers. The problem of stigmas and labels are already on the minds of most adolescents. It makes it difficult to cope and even impossible to talk about mental issues.

Studies show that people today are more accepting of mental illness and conditions such as anxiety or depression. On the other hand, these are problems that are also more commonly associated today with violence and danger. It’s something often seen in nightly news or read about in the paper the next morning. Unfortunately, it’s also described as something that everyone should’ve seen coming.

The blame lies on no one’s shoulders, although it’s often easier to find the source. That may fall on the patient themselves for not seeking help or the people around them for not observing their problems. However, stigma is still one of the biggest factors that prevents people from searching professional help. Certain prejudices continue to spread misleading notions about mental health patients.

The problem is especially pronounced in youth. Teenagers have been reported to become the most common patients in the hospitals with self-inflicted injuries.

The fear of being abandoned by friends or treated differently could halt their desire to seek medical help or even discuss their problems with others. For a teenager, the thought of being stigmatized can be paralyzing. According to Sue McKenzie, from the Wisconsin Initiative for Stigma Elimination, teenagers who live under the pressure of stigma may become angry, apathetic, depressed, and withdrawn.

A majority of mental health professionals agree that it’s still the most dangerous obstacles that patients face. It can delay treatment and may even aggravate the condition through time. And, unfortunately, it bores down to a lack of proper understanding. Parents might inadvertently make the issue more pronounced by either taking it as their personal failure or even pushing their children not to tell anyone else.

That is fundamentally one of the biggest mistakes. According to Patrick Corrigan from the National Consortium on Stigma, around two thirds of people with mental health illness will not seek help. And, if they do, they will drop out of the therapies before completion. One of the biggest reasons is that they do not want the stigma of ‘psych patient’.

According to experts, one of the best ways to combat the issue is to have them face other people who are battling the same problems. It’s important to relate and see that another can live their life fully and productively even with depression or major anxiety. That could be resolved by bringing in more people into schools that are willing to speak out on their mental health problems after going through it themselves.

With that, students could “see the humanity” in that particular speaker, relate, and hopefully be encouraged to talk out their issues instead of letting them fester.