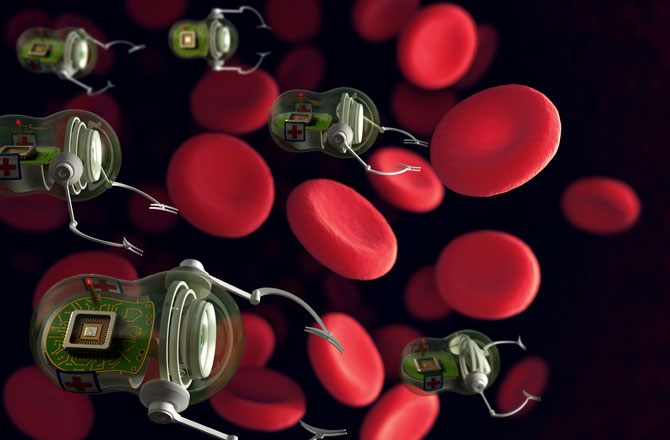 All unemployed tiny robots are in for some good news this week: there are plenty of openings at a recently opened micro factory. Let us explain what we mean.

Researchers at Purdue University have devised a pretty genius technology that powers and controls individual microbots with the help of magnetic force fields.

According to mechanical engineering professor David Cappelleri, the leader of the research team, the new technique allows the swarms of microbots – each about the size of a dust mite – to manage complex tasks in need of cooperative behavior.

This type of technology was attempted before, but researchers were able to only move groups of similar microbots without a specific target or purpose.

Cappelleri explains the team is interested in independent movement of each private in tiny army so they can learn to perform cooperative manipulation tasks. They act a lot like ants; the insects are able to move independently, but they choose to work together when they need to lift and move things.

The end game is for the researchers to be able to control the bots individually so different robots can be doing one thing here, while others do something else right there – but all at the same time.

To this effect, the Purdue researchers came up with a system of magnetic fields whose range of action covers the robots’ “workspace.” The hundreds of tiny planar coils generate localized magnetic fields which guide the robots individually, as opposed to using a global filed that would cause the bots to move as a group.

Even more innovatively, the magnetic fields are also the ones powering the robots. Since the severely miniaturized machines are way too small to feature batteries, onboard power wasn’t really an option.

In the study, the researchers used microbot models in the shape of magnetic disks about 2 mm in diameter – a little bigger than a pinhead. But Cappelleri said the team will also work with even smaller machines, as small as 250 microns, or merely 0.25 mm in diameter.

As far as practical applications go, the impressive technology could be used in manufacturing and medicine. For instance, microbots could perform biopsies when equipped with probe-like “force sensors,” detecting cancer cells in petri dishes.

A study on the little fellers was published this month in the journal Micromachines, accompanied by a video of the tiny bots in action.
Image Source: Modern Readers