You are here: Home / Technology / Peach Might Be The Hot New App For Social Media Fans 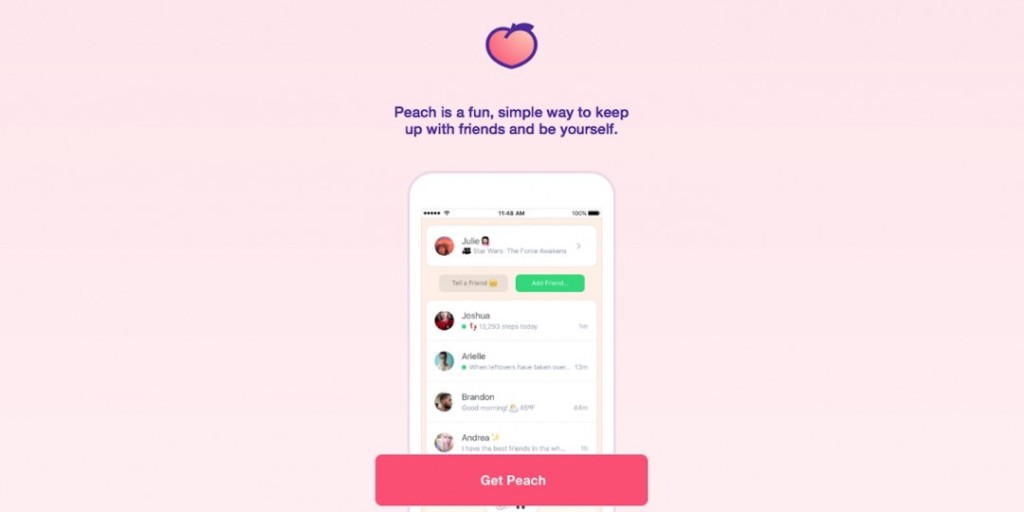 Peach will only show the latest updates

There are too many to count already out there, but Peach might be the hot new app for social media fans due to its simplicity and efficiency. It could become the new ‘keep it sweet and short’ platform that all your friends get to see.

Twitter recently announced that they’re debating on raising the character limit on tweets from 140 to 10,000. That means that the essence which made the social network so popular might be gone. The restriction demanded creativity and stopped users from rambling on for blog-worthy posts. Now, all that might change, so there could be a gap in the market.

The new social media app, created by Vine founder, Dom Hoffman, could replace Twitter at its core. The app is incredibly simple and makes use of an interesting new feature called “magic words”. The sign up is easy and it acts as a good way to find out what your friends are doing at that particular moment. Its vague description highlights just that, “a fun, simple way to keep up with your friends and be yourself”.

After signing up on Peach, users will be able to add friends. They will essentially create your “wall” in the form of a list. Below their name and picture, you will see only their latest update. So, no more scrolling through the News Feed or being bombarded by one hundred notifications from one person. Peach will only display your friend’s latest status, and you will have to purposefully visit their page to view their past activity.

The status update in itself makes use of the aforementioned “magic words”. These work as commands that will better aid your experience with the app. For example, by typing in “gif”, you will be prompted to search or add a gif file from your own library. Type “song” and share the tune you’re currently listening to, or make use of the Shazam-like feature and simply let the app track it down.

There are numerous other commands that anyone could make use of, such as “movie” to show what movie you’re watching, “draw” to then display a sketch, “battery”, “weather”, “meetings”, “date”, “rate”, and several others that can be found on their website. Peach holds the advantage of providing these quick status updates without flooding anyone with notifications.

It can be compared to a mix of Twitter, Snapchat, and Facebook, where all you will see is a list of your friends and their latest update. Only the gist of the information will be there. And that, in essence, is why Twitter was initially so popular. Perhaps Peach might fill the gap once tweets will turn into short novels.