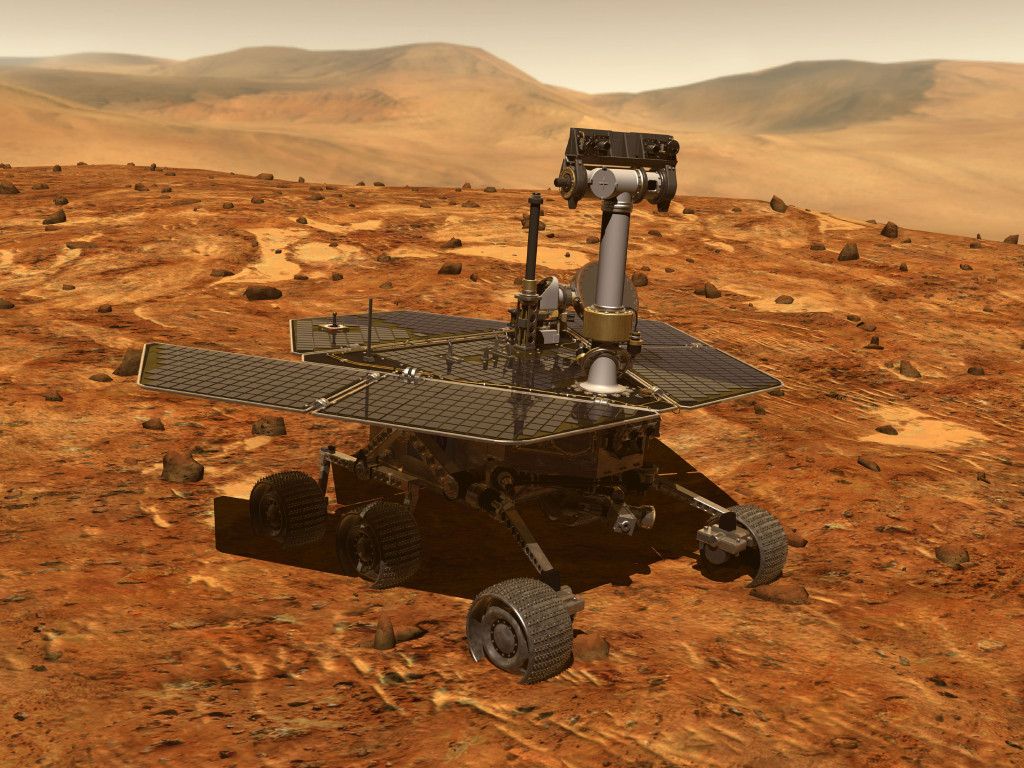 When the Opportunity rover landed on the Red Planet on Jan. 24, 2004, NASA scientists didn’t expect it to last more than three months. However, it has outlived all expectations, and Opportunity now cheerfully celebrates twelve years on Mars.

But keeping Opportunity up and running hasn’t really been a walk in the park for NASA’s team. Due to the fact that the rover’s batteries are solar-powered, the long and dark winters have always been difficult.

According to Discovery News, long-duration missions on the Martian surface that involve solar power have become riddled with critical, yet unplanned cleaning events. The rovers’ drivers on Earth make the best they can out of windstorms that help them clean the dusty panels.

Right before plunging into the harsh Martian winter, Opportunity had to go through yet another cleaning event, sometime before end of 2015. This will help the rover keep working in 2016 as well.

John Callas, project manager of Mars Exploration Rover, adds that Opportunity was able to keep highly active thanks to the solar arrays, which have been “much cleaner than in the past few winters.” Callas works at NASA’s Jet Propulsion Laboratory in California.

But even more energy struggles occur, even when the drivers manage to keep the solar panels clear of dust. The planet’s long winter solstice, for example, is another obstacle. With the Red Planet being so far away from the sun, Martian winters are about twice as long as Earth’s winters.

In order to keep the rover going, drivers must make sure the Opportunity’s solar panels directly catch the sunrays during the few precious daylight hours. Due to such maintenance requirements, the Opportunity is occasionally directed towards to drive to the more windy but sunny locations on the planet.

While Opportunity’s lifespan is impressive in itself, the rover’s performance and productivity on the Red Planet also continues to keep NASA scientists awestruck.

Opportunity’s solar panels are have been generating over 460 watt-hours per day during the 2015-2016 winter, which is far better than the roughly 300 watt-hours from its first winter 12 years ago.

But the rover wasn’t alone out there – at least for a while after landing. Its twin rover, Spirit, had also landed on Mars in 2004, but it was declared dead in 2011, a year after it stopped responding.
Image Source: NASA