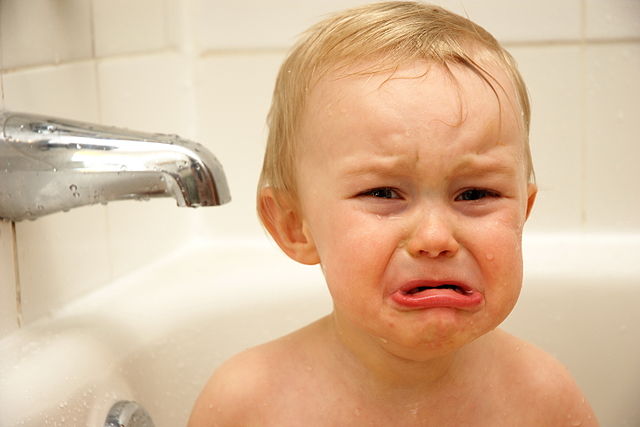 Is it tacos? Do you want tacos? Honey, he won’t stop crying, go get him some tacos, will you?

Were you ever worried that you wouldn’t understand what your infant wants through its cries for the first 4 months of its life? If you did, you’re probably just the same as all other expecting parents. Now, a new app was developed by researchers in Taiwan, which can help you do just that – The Infant Cries Translator app helps you decode baby cries.

The app was developed by a team of researchers from the National Taiwan University Hospital Yunlin, and it can differentiate between a number of sounds usually generated by babies. It does this by comparing the recorded sound that the baby makes to a huge database of baby noises.

The large database contains over 200,000 cries from over 100 new born babies, which were collected over a period of over 2 years.

Working by differentiating between various acoustic elements, like sound frequency, vibration, and even additional sounds that come with the cries, the app then uses the recorded sound to compare to the very large online database, an operation that takes around 15 seconds.

The accuracy of the app is very spot-on, at least for the first few months of the baby’s life; the older the infant gets, the less accurate the device becomes.

The accuracy drops exponentially in the next few weeks, with percentages of up to 85% being available for babies up to one or two months, and reaching about 77% for four month old babies.

The researchers claim that the app becomes useless past the 6 month mark, as babies become more and more influenced by their environment, so they start acting and crying differently.

The app can differentiate between when the baby is sleepy, in pain, has a wet diaper, or is just hungry. The parent has to record the baby’s cries, upload them to the server, where they are compared to the huge database, and then they will be informed by the app within 15 seconds of their baby’s needs.

Of course, babies of different ages and nationalities have noticeably different cries, so the parent will have to set the baby’s nationality and date of birth in the app before being able to use it.

Additionally, the database is used by a learning algorithm, so every uploaded cry improves the machine’s ability to distinguish between them.

The app is available for $2.99 on the App Store and on Google Play.