You are here: Home / World / ID Checks to Protect Swedish Border In An Unprecedented Migrant Influx 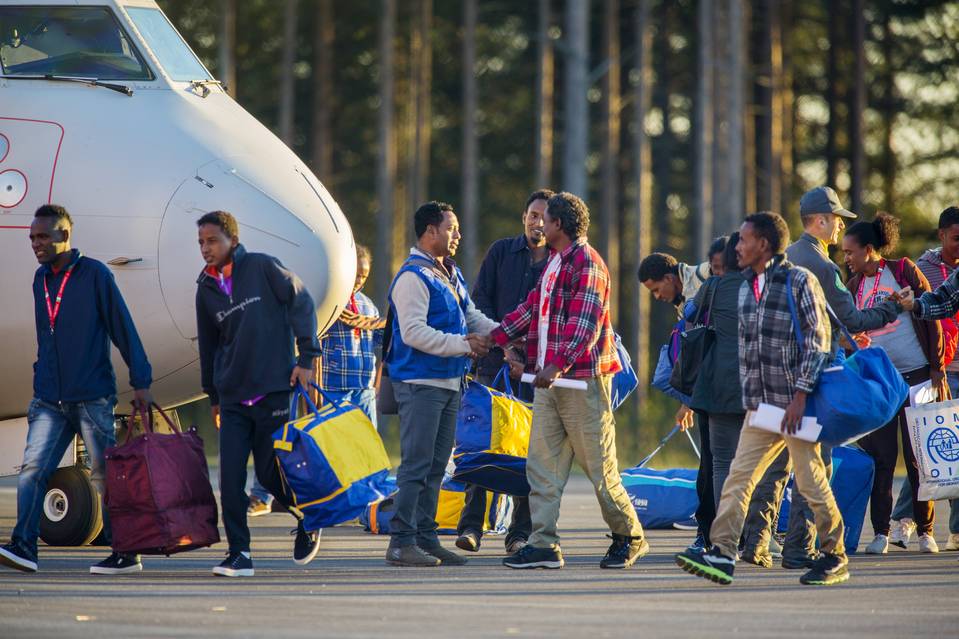 Starting Monday, January 4, 2016, all passengers travelling by bus, train and ferry from Denmark to Sweden will be required to present photo identification. This move is part of a drastic effort on behalf of the government to control the Swedish border in an unprecedented migrant influx.

With the checks going into effect at midnight, travelers have been warned about the long delays and queues forming on the Danish side of the Oresund bridge-and-tunnel link. This has been one of the most preferred entry points for refugees and migrants hoping to start afresh in Sweden.

After taking more asylum seekers per capita than any other country in the European Union, Sweden has decided to take measures to keep out the undocumented migrant flow, since the country has been overwhelmed with an unregulated flow of new arrivals.

People have tried to slip across the track at Copenhagen airport’s Kastrup station, so the government has ordered a temporary fence to be built. Trains were already being stopped for mandatory controls at this entry point, but the fence easies the job of the border authorities.

However, the efforts are fairly similar to “building a Berlin Wall,” according to Michael Randropp, a spokesman for the Kystbanen commuters’ association. Instead of going forward, “we are going several steps back in time.”

Travelers between Sweden and Denmark could travel freely for over half a century thanks to Europe’s cherished passport-free Schengen system, but the re-introduction of border controls asks them to show identification once again.

In an effort to cope with the biggest refugee crisis since the Second World War that’s taken over Europe, several other EU countries – such as France, Austria, and Germany – have also re-imposed border checks last year.

According to end-of-the-year reports from the United Nations, more than one million migrants travelled to Europe in 2015, most of whom were refugees fleeing oppression and war in Syria, Iraq, and Afghanistan.

Known for its generous asylum policies, Sweden has already taken in an estimated 160,000 asylum seekers last year. But the 9.8 million-nation started to become unable to take care of the newcomers, so authorities recently warned housing for everyone will soon become impossible.

The public mood had also shifted, so the government decided to begin reversing its open-door policy starting with some temporary border controls, according to Sweden’s Migration Agency. With the new passport checks in place, anyone who fails to provide the necessary documents will be automatically turned back.
Image Source: WSJ