You are here: Home / Tech & Science / First Flower Ever Grown In Space 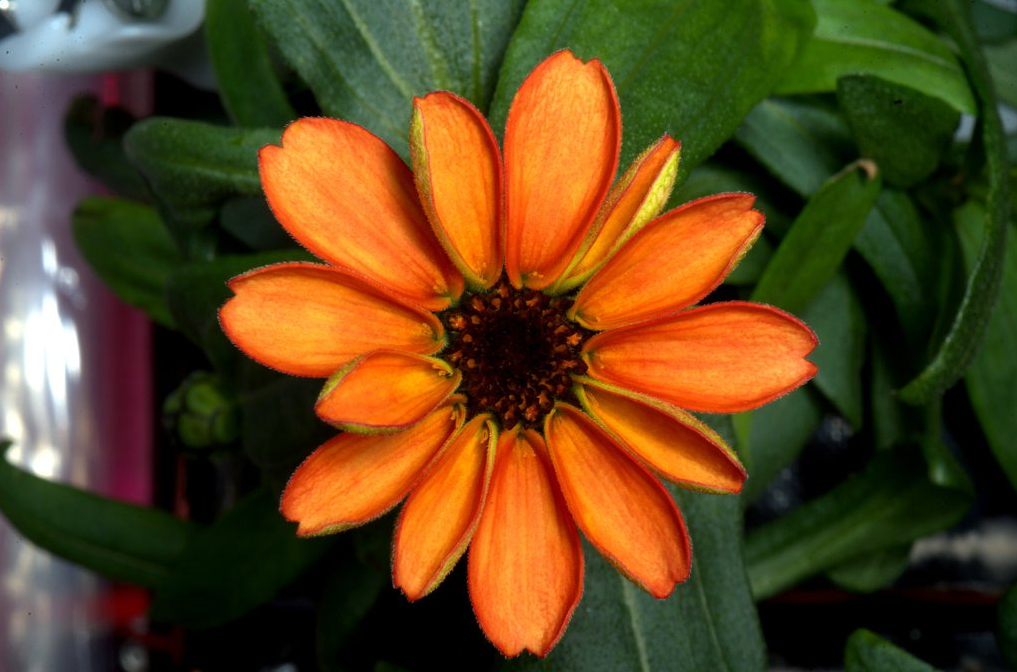 Scott Kelly posted a picture of the zinnia on Twitter

NASA astronaut Scott Kelly posted a picture of the first flower ever grown in space on Twitter, showing off his gardening skills on the International Space Station (ISS). The beautifully colored zinnia has thus became the first plant to ever bloom in microgravity.

ISS Commander Kelly posted the image on Twitter, showing that other life forms do exist in space. It’s an exceptional achievement that could lead to further research in the future. It arrives at the heels of the astronauts growing red romaine lettuce back in the summer of 2015, after failures in 2014. And thus, the Veggie project continues.

The Veggie project aims at growing fresh food source for the astronauts on the ISS. It’s in their hopes that they will be able to reach impressive heights that will further aid the upcoming manned mission to Mars. Growing fresh vegetables and flowers will be play a significant role in both nutrition and morale. The long journeys will take a toll, and any factor that would show positive psychological results could be of help for the strained crew.

Lettuce and flowers are just the beginning. According to NASA, they hope that they will be able to eventually grow tomatoes in outer space in 2018. However, there is more research to be conducted and further trials before they will reach their goal.

For now, zinnia has been the last of their achievement. The beautifully and bright colored flower has posed as a bit of challenge which marks the true extent of their achievement. According to NASA’s Veggie project manager, Trent Smith, zinnias are more difficult to grow than lettuce. While the lettuce grown in 2015 “tasted awesome” and was an excellent accomplishment, the flower represents a bigger step forward.

Smith stated that zinnias are more sensitive to environmental factors and take between 60 to 80 days to grow. That poses as a challenge, requires exceptional efforts, and more patience in order to get the flower to bloom. The fact that it was possible to achieve it in microgravity is an exciting leap toward future development. In fact, it could be the perfect “precursor to a tomato plant”.

There are naturally many obstacles that make something so easy on Earth to be difficult in space. For one, light. NASA uses a mix of RGB (red, green, and blue) to simulate sunlight for the plants. It makes growth possible. Water is also one of the many challenges because hydrating would not work the same way. It cannot be poured, so there are more advanced irrigation systems from below that can aid nutrition for the plant.

The ability to grow flowers or vegetables is a necessary step forward for future missions. It’s just one of the many important targets to reach for setting human colonies in space, manned missions to Mars, or other ambitious excursions.