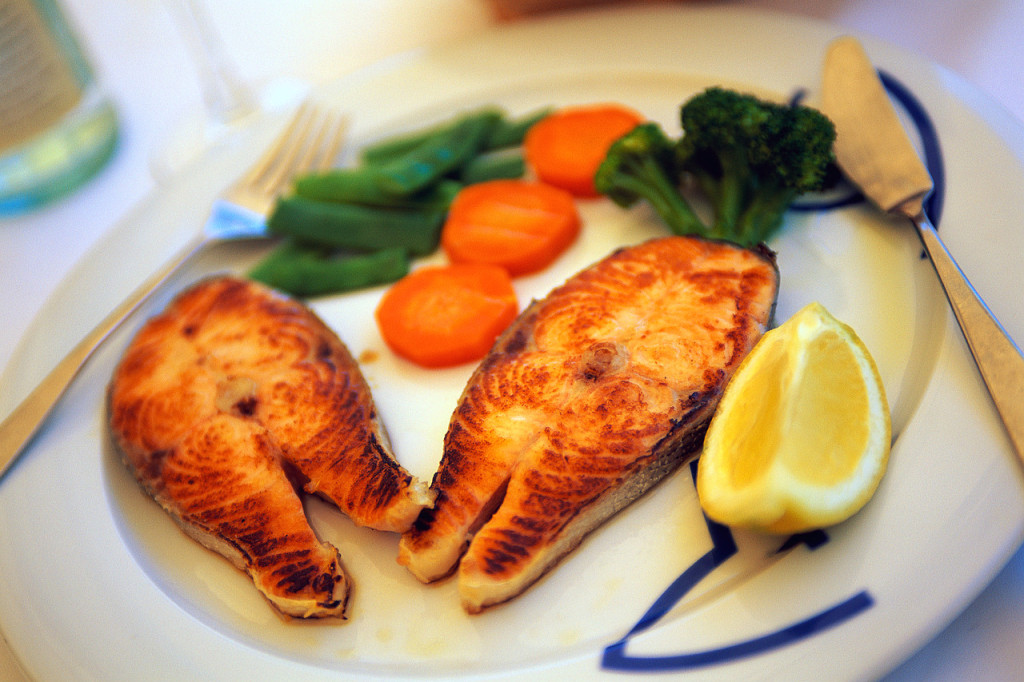 Health groups often discourage pregnant women from consuming fish, but a surprising new study has found that some fish may be linked to the most protective effects on the development of the fetal brain.

Published in the American Journal of Epidemiology and funded by the government of Spain, the observational study’s conclusion was that eating fish is actually good for expecting mothers. The results are based on roughly 2,000 pregnant mothers from Spain.

During the study, the women were asked to fill out food questionnaires that categorized their fish intake by types of fish. The average of fish during pregnancy was three servings a week.

In order to assess the effects of fish intake, blood was collected from the women’s umbilical cords during birth. Then, researchers analyzed the levels of mercury and DHA found in the blood samples.

Two follow-up examinations were performed on the women’s children, one at 14 months old and one at 5 years old. The kids’ cognitive development was tested, as well as any indication or symptoms indicative of autistic spectrum disorder.

Eating more seafood a week was linked with decreases in symptoms of autistic spectrum and significant increase in cognitive scores in the children. The IQ score increased with 2.8 point when the mother ate 600 grams of total fish per week, the equivalent of 3 to 4 servings.

Surprisingly, the researchers found that the large fatty fish – such as tuna – had the highest protective effect, in spite of their increased levels of DHA and mercury.

Even though the umbilical cord blood test revealed higher amounts of both mercury and DHA, the researchers couldn’t find negative connections between mercury and the child’s neurodevelopment.

According to co-author Jordi Julvez, researcher at the Centre for Research in Environmental Epidemiology (CREAL) in Barcelona, the mercury indicator tells a positive story about fish consumption and the neurotoxic effects of mercury.

Dr. Ashley Roman, director of Maternal Fetal Medicine at NYU Langone Medical Center in New York, who was not involved in the study, praised the study for establishing a firm relationship between the fish intake and the benefits for the fetus and then the child.

The fetus’ brain development can be positively impacted by the mother’s fish consumption, but the benefits start to wear off when the intake surpasses the recommended 600 grams.