You are here: Home / Technology / Developers Can Build Their Own Bots Within Facebook Messenger 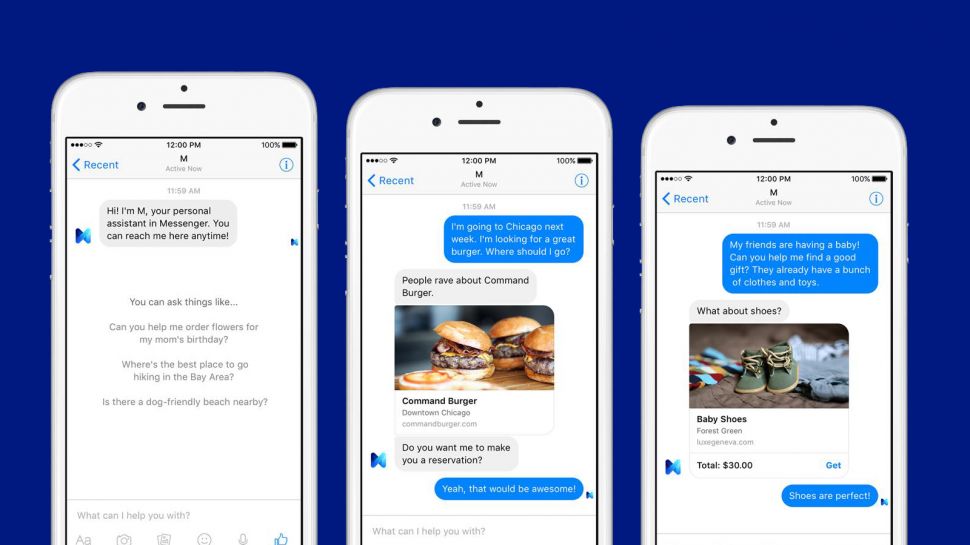 Techies and AI enthusiasts were beside themselves when Facebook announced its Messenger platform will be gifted with its own digital assistant called M. It was no surprise, however, seeing that the ginormous network couldn’t let Apple’s Siri and Microsoft’s Cortana steal the show.

Just a month ago, Facebook partnered with Uber to release a feature that allowed users to summon a car without having to leave Facebook’s Messenger app. The Uber bot is someone users simply talk to – as if it were a friend – and just give it the time and place directions.

As far as the user interface is concerned, its simplicity might inspire other companies to test similar designs in the near future. After a report from TechCrunch confirmed that Facebook is indeed giving access to select third-parties into the company’s development tools, we’re expecting great things to happen.

More bots for Messenger would mean more virtual chat partners that would be able to automatically reply to customers’ queries: returning search results for information or images, and even processing payments would be possible without ever leaving Messenger’s platform.

It might seem like Facebook is unwisely welcoming competition to M, its own virtual assistant, but other brands and businesses are encouraged to take part in the company’s ongoing plans.

Facebook has been gradually adding more capabilities to its platform over the past year based on a successful model in Asia, where chat apps are able to handle everything from booking concert tickets to managing bank accounts.

In exchange for information like receipts and delivery times, M – and soon, other bots – can connect to businesses directly. It’s in Facebook own interest to encourage companies and developers to build bots to handle these sorts of queries within Messenger, because it makes it become a major hub for all sorts of interactions.

Moreover, it’s a win-win situation; brands cut the costs of maintaining their own standalone apps, while Facebook has yet another reason to keep its users logged in.

So keep an eye out for similar features, because the social network is no longer just that; soon enough, all your online transactions will be carried out via Messenger conversations.
Image Source: Tech Radar