You are here: Home / Health / Cases of Dementia in the UK and a Toxic Chemical May Be Linked 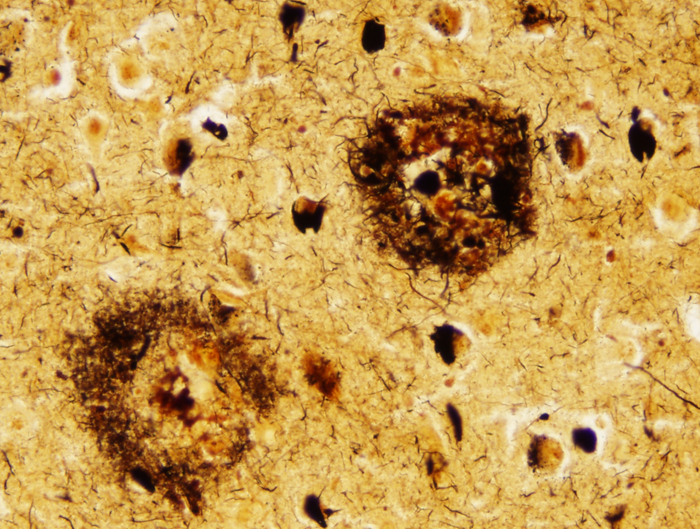 Senile plaques particular to the onset of Alzheimer’s disease

According to a new study, scientists have reason to be concerned that there is a connection between the increasing cases of dementia in the UK and a toxic chemical produced by algae.

The first direct signs of the chemical named BMAA (or beta-Methylamino-L-alanine) were recently discovered by researchers, as well as the possibility that this chemical is linked to various types of cognitive conditions, such as Alzheimer’s and Motor Neuron Disease (MND).

Commonly produced by blue-green algal blooms, the BMAA has also been found in plants and seafood, ending up in the human organism through the food we eat.

As explained by lead researcher Paul Cox, there are plenty of risk factors that contribute to Alzheimer’s disease. The biggest one of them all is age, which means that the older the population gets, the more cases of Alzheimer’s are diagnosed.

At the same time, scientists are working on better diagnosing methods so as to detect the harmful onset at the earliest stage possible. Thirdly, researchers are now adding the possibility that exposure to an environmental toxin could also be a risk factor.

Featured in the Proceedings of the Royal Society B, the study involved testing the hypothesis on vervet monkeys fed with BMAA-laced bananas. Conducting a follow-up 140 days later, the researchers found that the little animals had developed plaques in their brains.

Moreover, they also noticed the accumulation of tangles comparable to Guam residents who had died of ALS/PDC, an illness similar to dementia in some respects. This study seems to build on the findings of a previous research that found BMAA is indeed present in the brains of Alzheimer’s and MND patients.

This past weekend, Cox gave a separate interview about the study’s results, talking about the “growing evidence that BMAA may indeed be a driver of Alzheimer’s and MND.”

He explained that very worrying signs showed the monkey’s brains were altered that suggested early-stage Alzheimer’s disease. Cox concluded the chemical might be a risk factor by the parts of the vervets’ brains where plaques were formed and by the density of the tangles.

However, he also added that feeding the monkeys with toxic bananas did not necessarily create Alzheimer’s because the location and type of the plaques particular for ALS/PDC is notably different from where they are found in the brains of Alzheimer’s patients.
Image Source: Neuropathology