You are here: Home / Technology / Dear Angelica Animation is Brought to Life with Oculus Quill 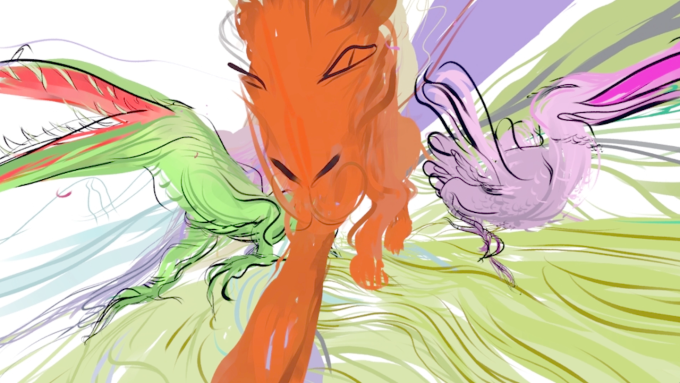 This is the third produced by the Oculus Story Studio and it may be the most amazing thing the studio has ever presented us with.

This new foray into VR filmmaking hasn’t got a single frame of animation, and the sneak peek offered during Sundance convinced viewers this was the greatest idea Oculus has had yet.

Named “Dear Angelica,” Oculus’ upcoming animated short offered the company its piece de resistance at Sundance, surprising everyone with a new and raw technique. The final movie is designed to be watched on the Oculus Rift virtual reality headset.

The production of Dear Angelica has been announced last year and it includes fascinating imagery. Presented in any other medium, Oculus’ offer for Sundance this year would be called storyboards or concept art at best. But created and played in VR, it’s become extraordinary.

According to a user who got to see the previews at the Sundance, the entire experience felt like “a painting that floats in mid-air,” with three-dimensional illustrations flying all around. Edward Saatchi, producer at the Oculus Story Studio, compares the story of Dear Angelica with the classic coming-of-age tales.

Jessica, the protagonist of the story, leads the viewer through the surreal memories of her mother Angelica, a journey that feels much like a dream. Even though the production isn’t interactive from a gaming point of view, participants can set their own pace as they move through different memories.

Dear Angelica is not a movie per se, but the most interesting thing about the production is that it’s the first Oculus creation that didn’t start on a computer screen.

This fact completely changes the way Dear Angelica feels – instead of having her drawings translated into virtual space, the illustrator Wesley Allsbrook draws directly in the Rift, about 5 hours a day.

The animation is brought to life with Oculus Quill, a VR illustration tool developed by Oculus. The company has kept most of Quill’s interface under wraps, but it has showed it off at Sundance, allowing participants to try their hand at it.

Quill is paired with Oculus Touch controllers and viewers can go inside the story and add their own art around the characters. Drawing in VR can feel like making a painting and a sculpture at the same time, and it might be painstakingly difficult for an untrained hand.

Imagine drawing in VR in terms of dealing with 3D modeling tools, except that you’re not using a mouse and keyboard, but your own hands in real time: you are creating something with your own hands.
Image Source: Techcrunch