You are here: Home / Health / Bed Bugs Develop Resistance to some Pesticides 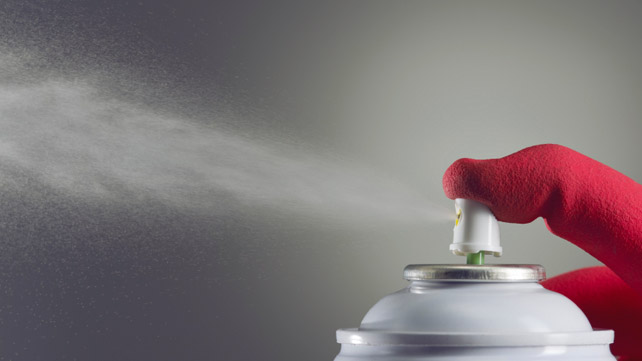 Bed bugs terrify many (if not most) people, so perhaps the one thing worse than finding them in your house is finding out they have developed resistance to some chemicals that used to kill them.

A new study featured in the Journal of Medical Entomology indicates that this is where we’re headed to. Researchers found that bed bugs can just shake it off if you spray neonicotinoids on them, which are the most used chemicals to combat bug infestations.

Also known as neonics, neonicotinoids are a category of insecticides often found in combination with pyrethroids, another artificial insecticide. These combined products were first introduced on the pest control market in 2009 and have become incredibly popular in the U.S. ever since.

Neonics proved to be efficient due to the reaction it caused in the bugs; some of the insects’ receptors fired repeatedly until they failed, which led to paralysis and eventually death.

For the study, researchers from Virginia Tech and the New Mexico State University gathered bug samples from pest control companies and from friends who were fighting bed bug infestations.

Once collected from homes in Troy and Cincinnati, Michigan, the bloodsuckers were then exposed to four different types of neonics: imidacloprid, acetamiprid, thiamethoxam, and dinotefuran.

The same chemicals were also tested on a laboratory-bred bed bug that had never been exposed to insecticides, and on a colony from Jersey City, that was collected in 2008 and hadn’t been exposed to neonics ever since.

Researchers aimed to how much chemical was needed in order to kill 50 percent of the bed bugs in each group. Bed bugs from the lab stood no chance: they died almost instantly with an incredibly small dose of chemicals.

While the bugs from New Jersey started showing resistance to some of the chemicals, the bed bugs from homes in Michigan proved to have a surprising resilience. While the laboratory-bred bugs died after being sprayed with only 0.3 nanograms of acetamiprid, the researchers had to use 10,000 nanograms to kill off the home bugs.

According to study co-author Dr. Alvaro Romero, an assistant professor in urban entomology at New Mexico State University, researchers are still in the dark when it comes to why bed bugs develop resistance to some pesticides.

However, he suspects the bugs have started producing “detoxifying enzymes” due to their exposure to chemicals. Thanks to these enzymes, the bugs are able to metabolize the chemicals while also being protected from their lethal effects. Researchers found mutated genes in the insecticide-resistant bed bugs.
Image Source: Health Line