You are here: Home / Technology / App Store Sales Gained $1.1 Billion Over the Holidays 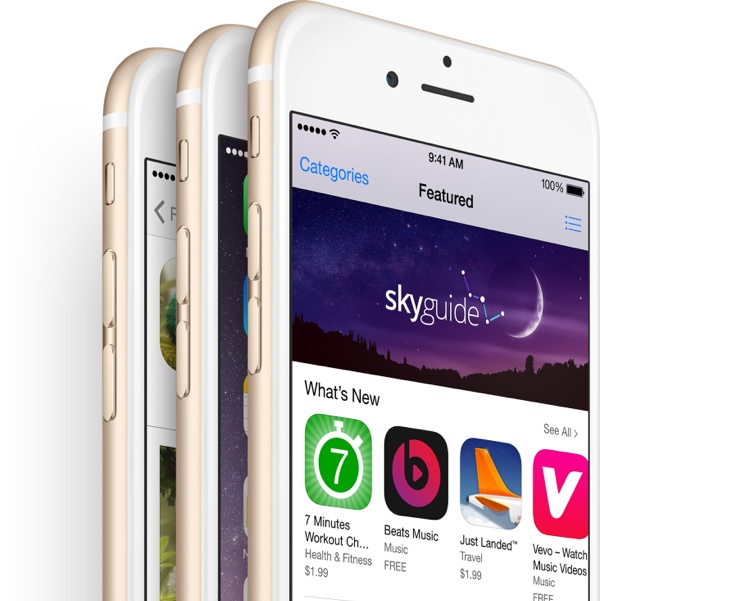 If you’ve bought a few apps for your brand new gadgets over the holidays, you’re definitely not the only one. According to a consumer report that Apple released on Wednesday, its in-app purchases combined with App Store sales gained $1.1 billion over the holidays.

Apple’s App Store was rather busy between Dec. 20 and Jan. 3. A new single-day day spending record was also established with $144 million on apps on New Year’s Day alone. This new record broke the old one, set only a week before, namely on Christmas Day.

While Apple’s record is definitely impressive, it’s nothing market analysts didn’t expect. The holiday app-related shopping spree falls in line with the reports from last year, when Apple reported making “half a billion” in revenue during the first week of January.

What’s even more impressive is the kind of money Apple customers have spent on App Store purchases in 2015: approximately $20 billion made it into the company’s pockets. Among the most popular apps were games (Minecraft, Heads Up!, and Trivia Crack), as well as chat apps (Facebook Messenger, Snapchat, and WeChat).

As far as top-grossers are concerned, Apple noted that subscription app (Hulu, Netflix and Match) and gaming app (Clash of Clans, Fantasy Westward Journey, and Monster Strike) were all the rage this past year.

The report also included the figure of $40 billion reflecting the kind of money developers have made over the lifetime of the App Store, with about $13 billion – almost one-third of that figure – coming in during 2015 alone.

With worrying predictions saying that iPhone sales – the largest source of profit for Apple – are about to dwindle in 2016, the App Store is more valuable than ever. The huge app hub has always been a selling point for Apple products, giving the company an ever-growing area of revenue.

But it’s not just Apple that’s concerned about its smartphone sales. According to a presentation from market researcher Steve Koenig of Consumer Technology Association, the smartphone market overall will see slower growth starting this year.

In spite of the fact that it still draws tens of billions in revenue, the smartphone market has become highly saturated. At the same time, weak economies that had been driving new tech spending suggest that 2016 will bring slower spending in global tech.

Analysts warning that Apple could see the first decline in iPhone sales have also been encouraged by reports claiming the company has already cut back iPhone production.
Image Source: iPhone Hacks