You are here: Home / Technology / Check App Store: Exploding Kittens Is All the Rage Now 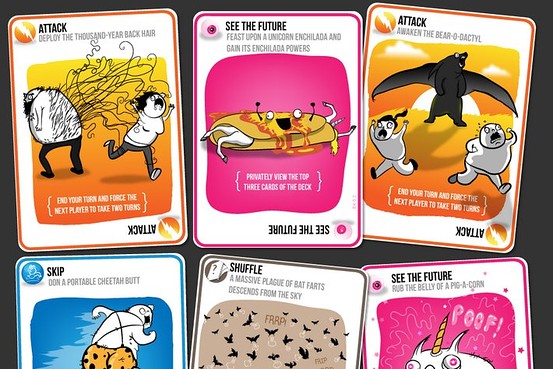 Move over, Angry Birds. Exploding Kittens is all the rage now, claiming the number one spot in the App Store on its very first day of release.

But Exploding Kittens wasn’t always a game app; it was first launched in 2015 as a hugely popular card game rivaling the irreverent Cards Against Humanity.

The game is now available for Apple device owners in the paid apps category on the App Store. Exploding Kittens started out as a Kickstarter project that was already rather popular running up to its public release.

Nearly 220,000 contributors donated close to $9 million in pledges, making it the record-holder for having the most individual donors, at that time. The game’s success got a piggyback ride on the fact that the man behind The Oatmeal was part of the project, as well on Lee’s involvement, who is a well-known face in the gaming scene.

However, Exploding Kittens proved it was interesting in its own with some quirky gameplay mechanics. Basically, players take turns drawing cards until all but one has drawn an exploding kitten card.

Depending on how the game turns out, the playing options range from skipping their turns, attacking other players, to defusing the kitten, among others.

For the mobile version of Exploding Kittens, the creators teamed up with a Seattle studio called Substantial, which allowed them to turn the successful tabletop game into a mobile experience for Apple users.

The iOS edition boasts some new some wrinkles, such as replacing the original cards with new ones, new mechanics, and equally new artwork from the creator of The Oatmeal. But when it comes to actually playing Exploding Kittens on mobile, there’s a catch.

You can’t play the game against random opponents from around the world or versus computer AI opponents – you can’t even play against your friends unless you meet together at the same venue.

The game’s creators wanted to keep Exploding Kittens “very much a party game,” even if it’s now available for mobile. So you still need to be sitting near the people you’re playing with, and they all need to be owners of iPhones.

You can play Exploding Kittens on mobile via its Wi-Fi and Bluetooth connectivity, and for only $1.99 in the App Store.
Image Source: Wall Street Journal