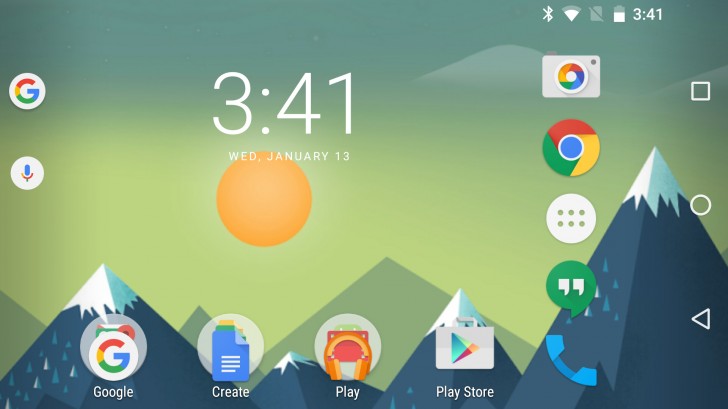 There’s a new update for Google Now Launcher, and the v5.8.45 version is now available for all those who signed up for Google’s Beta testing channel. Two major changes have been introduced with the update: home screen auto-rotation and app normalization.

A later minor update (number v5.8.47) later removed the app resizing feature, and then added it again. The same happened with the landscape orientation in the latest Google Now Launcher version, which was only seen in Android M previews.

However, if you’re in Android’s beta group and you’re interested in living in a world of auto rotations that applies to your home screen as well, all you have to do is long press on your home screen, tap “Settings,” and toggle with the “Allow rotation” feature under the “Home screen” section.

Normally, smartphones only allow auto-rotation in certain apps and widgets – depending on how the developer intended the app to be used – but Google now wants the launcher to rotate the home screen and Now cards vertically.

When using the smartphone in the landscape mode, an extra column of apps is added to the list, as to properly fill the new format. Naturally, there are some bugs that Google has yet to look into and fix.

For example, in Nexus 5X, the landscape mode features an unaesthetically huge gap between the tray with app favorites and the on-screen button. Some users have reported the on screen buttons failed to get greyed.

At the same time, the next update should find a way to optimize the experience by making the widgets resize properly when the users switches to landscape mode.

Where the app normalization feature is concerned, its purpose is to make the app list look more consistent by roughly aligning the size of all the apps on the home screen.

Even though Google has been adamant about its guidelines for developer, some have failed to follow the rules; the result can be somewhat unappealing to the eye as some app icons are bigger/ smaller than others.

This update for Google Now launcher is yet to be announced for the general public. However, if you don’t want to wait that long, you can try the version by manually downloading it via APK Mirror.

Your Android home screen will benefit from some needed smoothness with the help of the app icon resizing. Android offers developers a lot more freedom than iOS regarding the looks of their app icons, but that has led to some overcrowding.
Image Source: GSM Arena